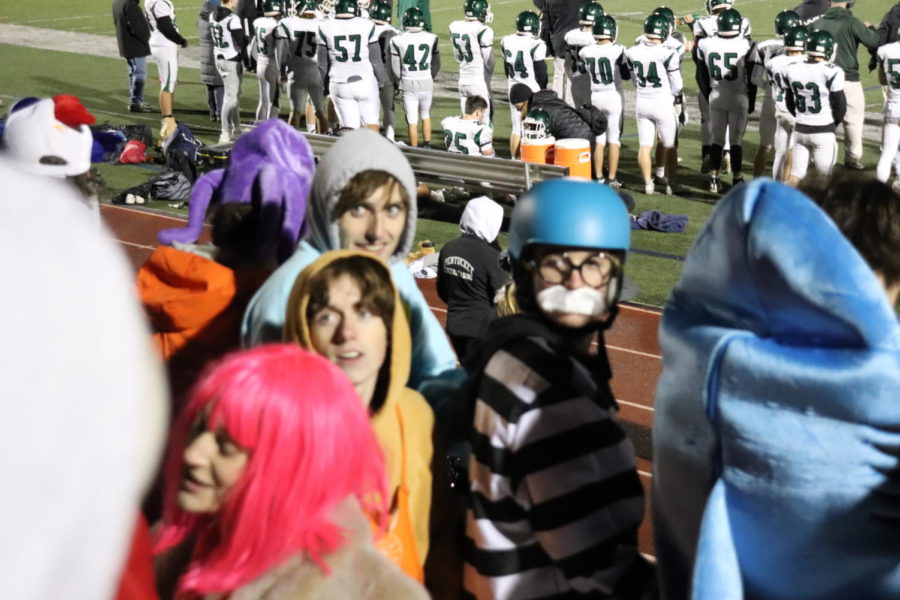 The Pentucket Boys’ football has had one heck of a season, with an overall record of 8-4. The boys were ranked 5th in Division 5 and after playoff wins against Triton and Old Rochester, made it to the D. 5 semi-finals.

On Friday, November, Pentucket faced North Reading at Manning Stadium in Lynn. While the Manning Bowl is a well-known battle area for all sorts of high school sporting games, the Pentucket boys showed no apprehension. The game was a close one, with execellent performances from key players, Chase Dwight, CJ Condon, and Jimmy Igoe.

Pentucket’s crowd put forth a great showing of cheers and shouts, never missing a chance to wave around the heads of their beloved players. The theme of the game was “Crazy-Out,” and there was no shortage of goofy costumes! Bananas, cowboys, sock monkies, Chic-fil-a workers- we’ve got ’em all! The high energy of the Pentucket community never fails to make all of our teams supported and in good spirits!

While the boys used the chants and laughs from the Pentucket crowd to their advantage, they had a hard time breaking through the North Reading defense. The final score was 14-31, not the score that Pentucket wanted, but they could not be mad at the intense efforts they produced.

Although this loss knocked the Pentucket boys out of the tournament, they are set to play their classic Thanksgiving game against Triton. See you on Thursday boys!

(All Photos taken by Hannah Linehan) 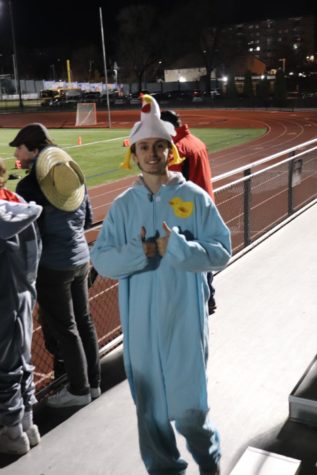 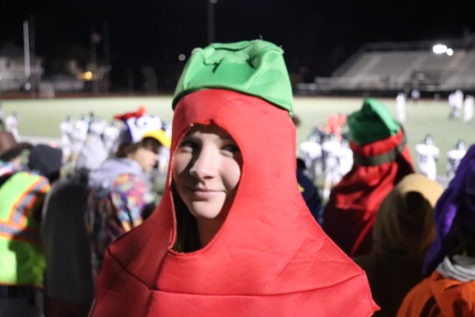 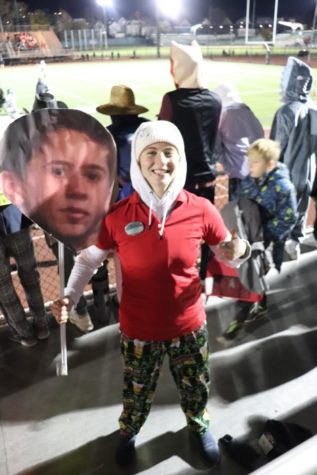 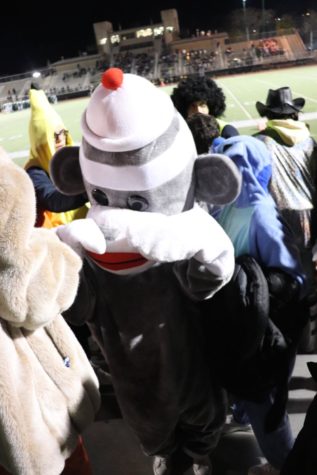 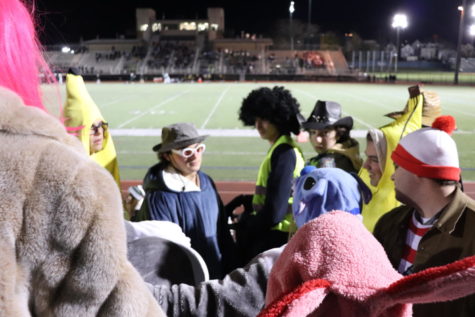 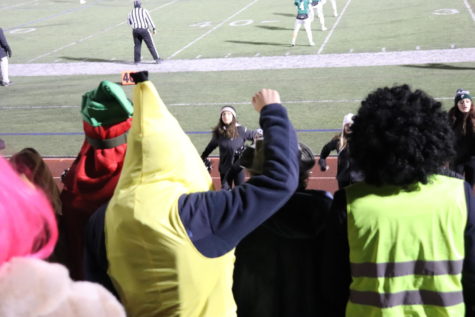 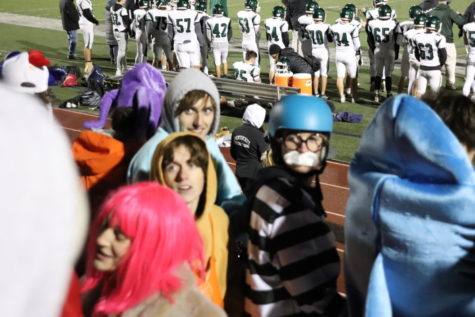 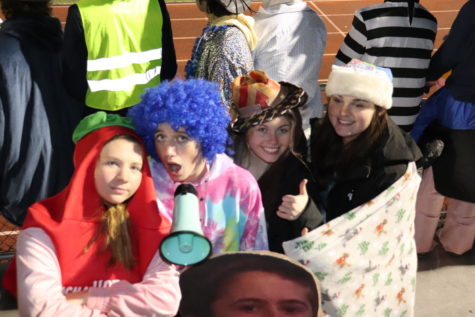 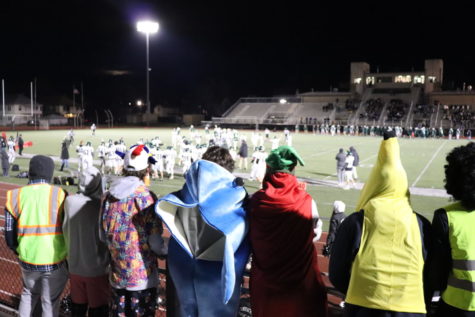 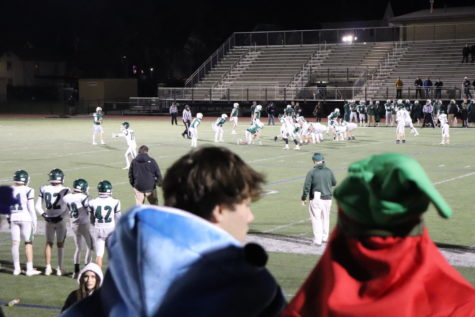 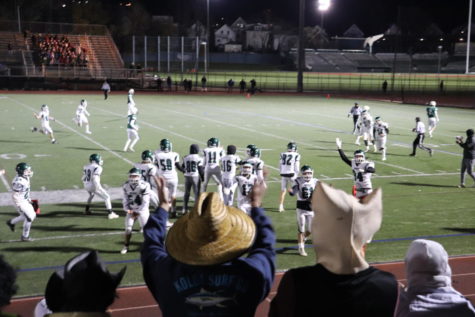 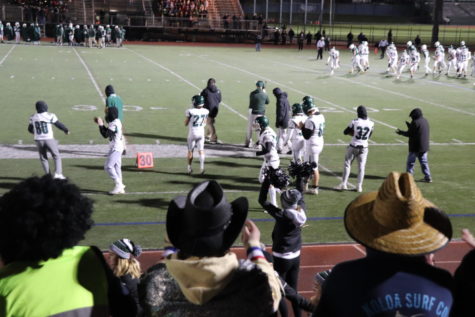 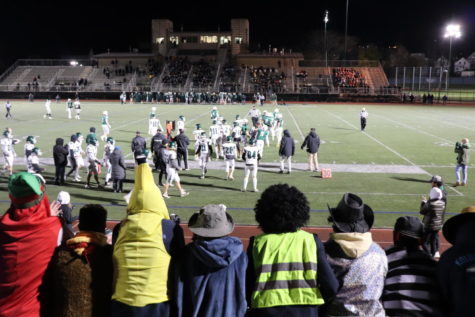 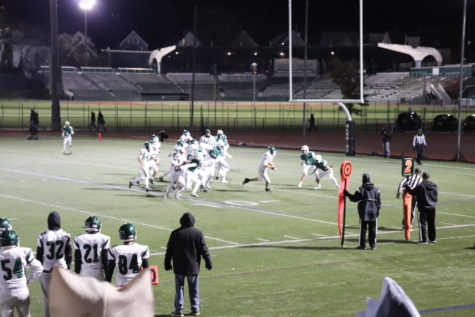 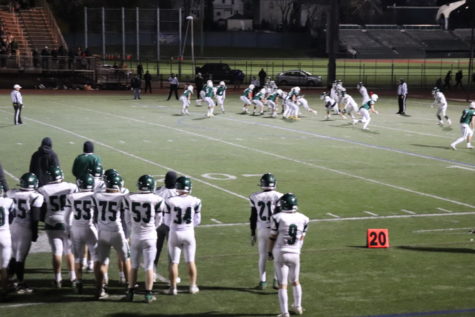 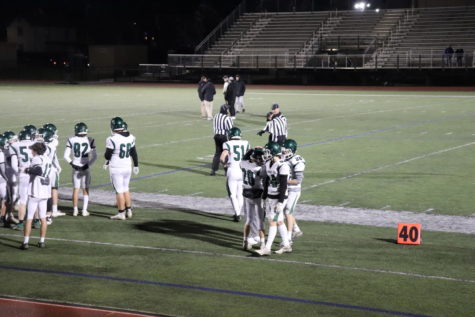 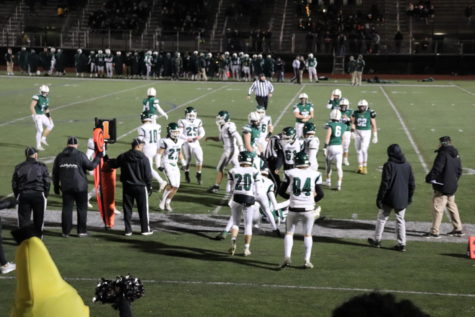 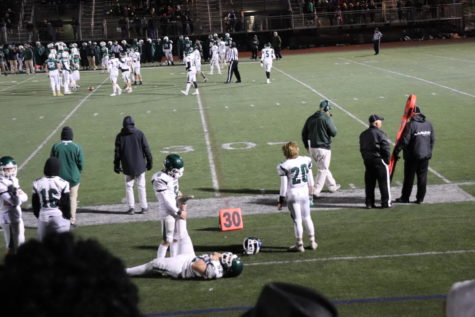