The Inessential Creation of What’s Feminine or Masculine 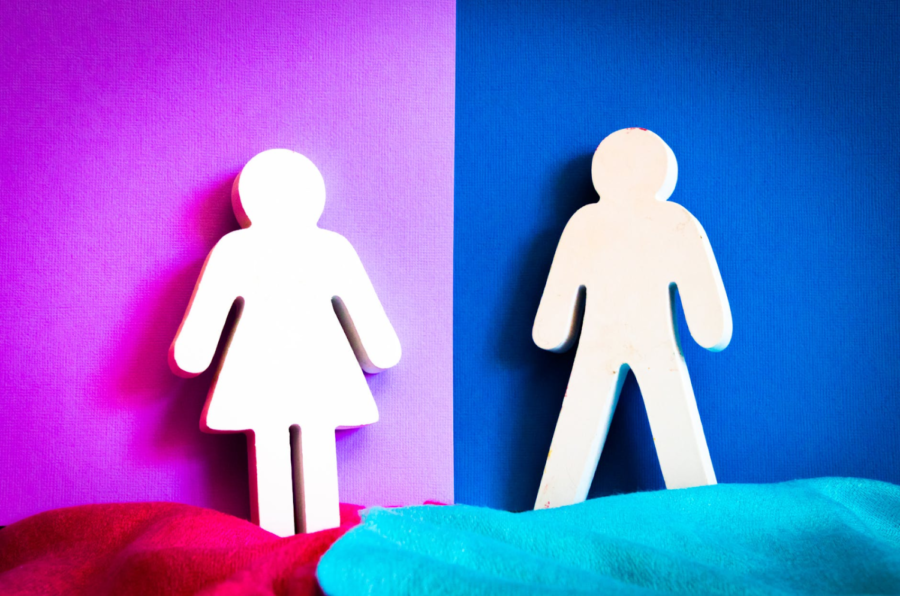 In almost everyone’s childhood, we remember inviting our friends and family to celebrate our birthday with us either at home or at some nonsensical place made for children’s parties.

When thinking about our birthdays, we normally would remember the cake or the presents. Let’s make the cake the big picture here. For the birthday girl, the cake would be pink frosted with either ballet slippers or a princess tiara on it. For the boy, it would be blue frosting with some type of sports memorabilia or car placed on it.

At the time, kids wouldn’t understand what it meant, all they cared about was eating it with their half melted ice cream and warm soda. Making the cake more “girly” or “feminine” makes it feel as though that’s what a typical girl is supposed to represent, when that’s far from correct. Even making the color of the cake pink is confusing, why is it only for women? Why make the boys cake blue and have sports designed on it? Why make it a huge stereotype?

The term“Gender Role” is how we are expected to act, speak, dress, and express oursleves based on our sex. Women are generally viewed as or expected to dress more “feminine,” or have “polite” and “accommodating attitudes’ ‘, while their male counterparts are supposed to be manly and strong.

As we evolve in time, society’s opinions around gender norms are always changing.  For example, women are viewed as feminine and wear dresses and the same goes for men who should be masculine and considered the stronger of the two sexes.  Another example of this is the color that represents women being pink and the color that represents men being blue. Over the years, it has changed to the opposite. In the U.S, men wear the color pink because it is now considered masculine, while women now have the color blue because it represents femininity.

Gender stereotypes also affect people in many ways. Stereotypes are appraised to be a widely accepted judgment about a group or one person. From what we used to know, the personality traits for women are “emotional” and “air-headed.” For physical appearance, both men and women are anticipated to dress in ways that are stereotypical to their gender. For example, women with long hair and  dresses, and men with short hair and pants. These different stereotypes for women and men have changed and are more accepted within our society.

Question one, What are your opinions about gender stereotypes?

“I think it’s a way to categorize, but it is not reflective of how things are.”

Question two, What do you agree or disagree with when it comes to gender norms or stereotypes?

“In general, society doesn’t like people changing things that have already been made.”

“In a way, it’s to show rebellion and to find gender neutral clothing of their liking. People who are used to women wearing things feminine, or guys wearing “boyish” things seeing girls wear so-called “tomboys” or boys “feminine” clothing might not take it positively.”

What could schools do about gender stereotypes?

Since gender and gender identity are a big thing, this is what schools should do to stop stereotyping.

Having gender inclusive toilets can give students who don’t go by binary pronouns  feel accepted, and not as though they have to choose between the two gendered bathrooms.
Address students by their chosen name and pronouns. This gives kids acceptance for who they are and feel welcomed at school.
Have gender neutral uniforms. If you either go to a private school, or just have school uniforms, having gender neutral clothing allows kids to wear a uniform of their choice.

With what we have collected in this article, Men, women and people who do not feel have a specific gender should not feel as though they have to follow the gender stereotype. Anyone can dress how they like and should feel comfortable in their own bodies. In today’s society, we should as a community, be more accepting of these types of changes to help create a positive culture.