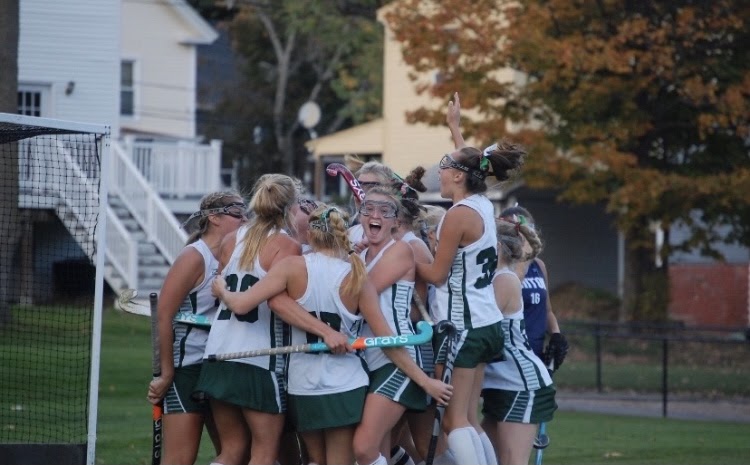 This year, our fall sports had an extraordinary season. With hard work and perseverance, these fall teams have done the best they have ever. The new school’s construction caused scheduling issues, but they made the best of their situations, and overcame the odds against them. Many of these teams have gone the farthest they have in Pentucket history! Here is what the student athletes on these teams have to say about this season! (Click on the green links to read direct quotes from the team!)

This team has always been known to be determined and hard working. This year they took things to another level! Although they faced problems with a proper practice field, they defeated the odds and did amazing. They took second place in the Cape Ann League with a 5 game winning streak!

Cross country is a very demanding sport. These student athletes do a great job of managing their school work and their endurance, while running long distances over rough terrain. They dominated, and won against Lynnfield, North Reading, TBD, Newburyport, Triton, and Hamilton Wenham.

The Boys Cross Country Team had a little bit of a rough year, but managed to beat Lynnfield and North Reading.

This year, the football team did an outstanding job. They have a 9-3 record, averaging with a 75% winning percentage. They came second place in the Cape Ann League, behind North Reading. They won against Triton, Old Rochester, Ipswitch, Lynnfield, Newburyport, Hamilton Wenham, Dracut, and Austin Prep.

The girls soccer team worked really hard this year! They have a 7-2-1 record, and  75%winning percentage. They came in second in the Cape Ann League behind North Andover. They won against Lynnfield, Amesbury, Rockport, Essex Tech, Ipswitch, Tewksbury, Manchester Essex, and Triton.

The boys soccer team successfully brought the ASL cup back home to Pentucket. Working hard to beat Port, they accomplished their goals. They’re overall winning percentage was 8-8-3, and came in 4th in the Cape Ann League, behind Manchester Essex.