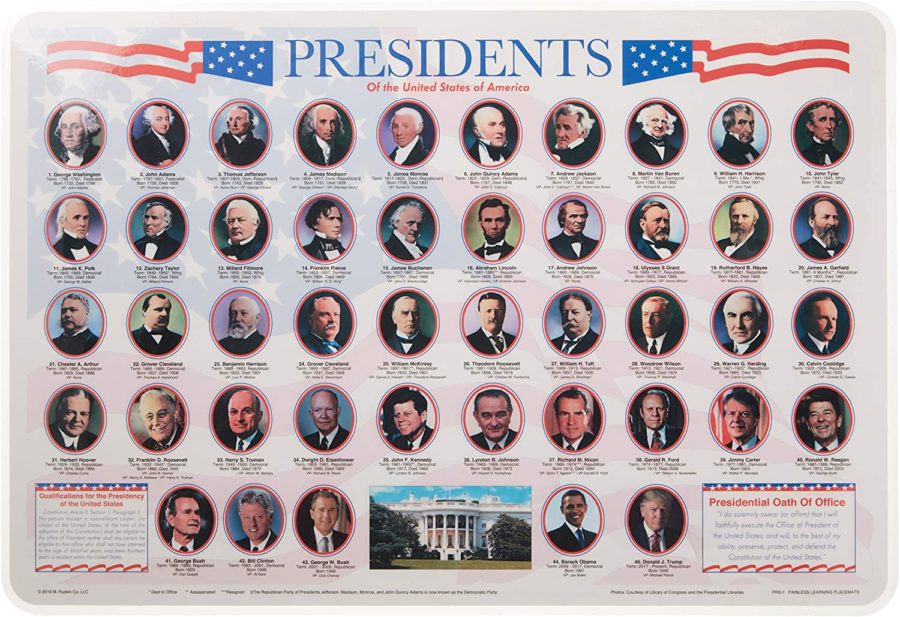 Being President of the U.S.A is a tough-as-nails job and there is never a true amazing president. Presidents make promises they never are able to keep. Some of them lie out front and feed off the fear and desperation of the public, or they think they can get more done than they think. This is a top-five best President list, but I will list the Pros and Cons of each president. Keep in mind I use “best” loosely and I also mean effective. The list works the same way it did last time. One is the “best” and five is the worst of the best.

The 26th U.S President from 1901 to 1909 was Teddy Rosevelt. President Roosevelt was the Vice President for William Mckinley until Mckinley got assassinated. Teddy assumed office after that and was much better than his predecessor. Roosevelt is one of the four presidents on Mount Rushmore, so he must be good right? Well yeah, he was, but he did have some cons as well

He was an expansionist and imperialist who helped create great hatred toward the U.S. with his high-handed dealings with Latin American republics like Puerto Rico and Guam. He completely disregarded Congress in all his major foreign policy decisions and arrogantly told Congress that there was nothing they could do to stop him.

He was also a bit of a showoff as the public loved to read accounts of the President’s well-publicized hunting and camping expeditions into the wilds.

He became a hero to millions of workingmen. He signed into law the Pure Food and Drug Act to protect the public and established the Dept. of Commerce and Labor to give the government a greater role in the economy and help it succeed.

He built the Panama Canal, sent the U.S. fleet around the world to head off threats of Japanese expansion, and intervened to settle the Russo-Japanese War in 1905, for which he was awarded the Nobel Peace Prize.

Shortly after he was sworn in as president, he invited Booker T. Washington to the White House. This was the first time a black person had been the guest of a president. This made a lot of people pissy, especially in the south.

He also led the Rough Riders to victory during the Spanish-American War.

Harry S Truman was the 33rd President of America and took over after the death of FDR. Truman was Commander in Chief from 1945-1953. He was the Vice President for FDR for only 90 full days. He had little time to prepare but made up for it by being a masterful and wonderful politician.

During World War 2, Truman should have tried harder to warn the Japanese of the horrible potential of our new weapon and to negotiate a surrender.

He got us into the Korean and Cold Wars. While not all his fault, he was the President at the time when these wars broke out.

Truman was right in his decision to use the atomic bomb to end World War 2 because the Japanese were still fighting with suicidal determination and they had nothing to lose. If we had let this continue and didn’t drop the bomb then it would have cost us and Japan more lives.

Truman led the country through the Koren Conflict, went by his own instincts, and did not follow the advice of General MacArthur to invade mainland China. This would have brought the world into an unprecedented holocaust and a ridiculous amount of lives lost for no good reason.

The greatest accomplishment of Truman’s Presidency, in my opinion, was keeping the peace in Europe. He effectively countered Stalinism while steering clear of World War 3. The Marshall Plan provided generous aid to war-damaged European countries by feeding millions of hungry people and rebuilding their shattered economies. We started sharing our wealth and technology with underdeveloped nations. Perhaps most impressive of all, Truman skillfully got solid bipartisan support for all of these major foreign policies by winning approval from an often reluctant Republican Congress.

The father of the nation, Geroge Washington was the 1st President of America from 1789 to 1797 and was, therefore, the Founder of this amazing nation. He is the mold for the Presidency and all that follows.

Washington had many slaves in his time as President. He only freed them when his wife Martha died.

Washington’s handling of the Whiskey Rebellion was quite an overreaction. His mobilization of an army of 15,000 men to subdue a mere handful of frontier rioters was an unnecessary show of force and a waste of time.

With his enormous prestige as a leader and his amazing political skill, Washington managed to keep 13 new states together for 8 back-breaking years. During his two terms, he managed to work successfully with representatives of every political party. Placing himself deliberately above party and sectional divisions, he focused on the aspirations of all citizens. In his key role as the most powerful man and person in America, he managed to strike the perfect balance.

Under Washington, the economy thrived as he made the economy into what we all know today.

He set the stone for what it meant to not only be President but a good leader for all countries to follow.

Dedicated himself to the rationality of things and always used his head as a leader and did what was good for his country, not his own personal gains.

Washington was the only Founding Father to free his slaves.

Abraham Lincoln was the 16th President of America, served from 1861 to 1865, and was the President during the Civil War. He tragically got assassinated in 1865 by John Wilkes Booth, a confederate sympathizer. If he had not been assassinated, who knows how much better he could have been.

He imposed censorship during the Civil War and ordered two newspapers to be taken over after they wrote articles demining his administration.

He signed the Emancipation Proclamation, which ushered in the 13th Admentment and banned slavery.

He signed the Homestead act and made affordable public land for anyone and everyone for the first time.

He gave one of the greatest speeches in history with the Gettysburg Address that united the broken country.

He united two unhappy sides and saved this country from destroying itself from within.

The best President of all time goes to FDR. He was the longest-serving president in American history from 1933 to 1945 and was the 32nd U.S president. This was a clear number 1. He did so much for not only America but the world as a whole.

Made the New Deal program which took down the Great Depression.

Started Welfare, Social Security, and all the government helping programs.

Helped to turn the tide of WW2.

Knew about the plans for the atomic bomb, which was the ultimate weapon to win the war.