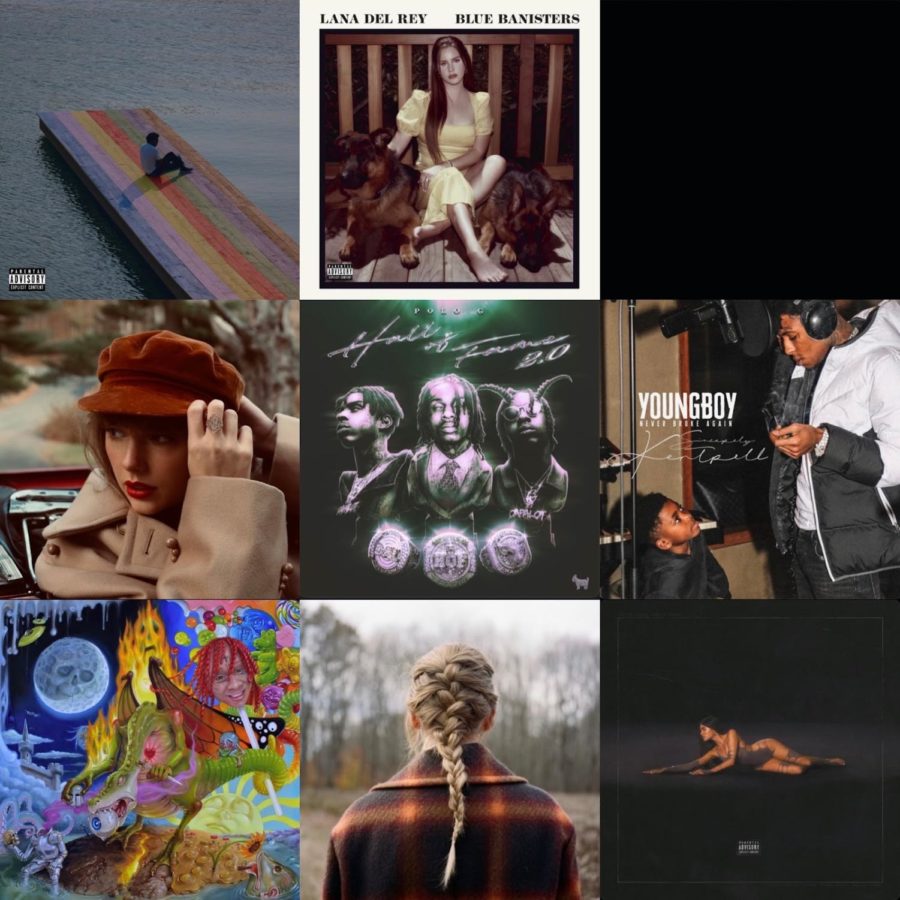 2021 was definitely something; a year full of surprises that always kept us on our toes. If there’s one thing 2021 did have, it was good music. So many of our favorite artists dropped new albums, music, and singles. Just to name a few, Taylor Swift dropped “Evermore,” “Fearless (Taylors version),” and “Red (Taylors Version).” Kayne West dropped “Donda.” Drake dropped “Certified Lover Boy,” Baby Keem dropped “The Melodic Blue,” and Polo G dropped “Hall of Fame 2.0.”

Out of all of these albums, the question arises: which one did everyone like best? That’s exactly what I wanted to find out. I interviewed a plethora of people in an  attempt to get a diverse set of opinions, and the results are quite surprising.

While I only collected a few people’s responses, there was a lot of similarity in some of the responses. Solely out of ease to the reader, I am dividing the response by genre.

Red (Taylor’s Version) was a popular answer. Some of these thoughts came from people like Sydney Pichette, and Geno Orrino. Sticking with the Taylor Swift theme, Cate Lopata also thought Evermore was the best album of 2021.

Janie Dunn says that Life Support, by Madison Beer, was the best album of 2021. She loves Madison Beer, not only as an artist, but as a person as well.

Zoe Wegrzyn, and Luke Redgate say that Blue Banisters, by Lana Del Ray, was one of their favorite albums of 2021. The way Lana Del Ray writes her songs is very unique and is an acquired taste, but her fans are obsessed with it.

People, like Brandon Lee, thought Donda by Kayne was the best album of 2021. I only received a few answers for Donda, and that was a little surprising to me considering the amount of anticipation it had before the release and the amount of hype after the release.

Jake Badalament, a Newburyport High School student, was very adamant about Call me if you get Lost, by Tyler, The Creator, being the best album of 2021. “Call Me If You Get Lost was Tylers’s 7’th studio album. It had numerous features from different artists, and had a very different vibe from his previous albums, but in the best way possible,” says Badalament.

Luc Pichette says Trip at Knight, by Trippie Redd, was his favorite album of 2021. His was the only response I received for this album, but I don’t think that it reflects the quality of the album, it just shows a lack of diverse opinions.

Megan Codair thinks that Sincerely, Kentrell, by NBA Youngboy, was the best album of 2021. She really appreciates his lyrics, and likes his vocals.

Olivia Nardone says Hall of Fame 2.0, by Polo G, was her favorite album of 2021. Nardone  has been a long-time fan of Polo G, and he is her favorite artist. I personally really liked this album as well.

The last album and the most popular response I received was The Melodic Blue, by Baby Keem. This is not only my favorite album of 2021, but probably one of my favorite albums of all time. Seamus Burke, Dominic Karatzas, Andrew Felzani, and Aimon Fadil all said the same thing. Baby Keem has been on the rise as of recently, and I think it is completely deserved. His songs are written so uniquely, and every song on the album has a very different feel to them, but not so much that it distracts from the purpose of the album. Baby Keem is a relatively new artist, but that did not stop him from receiving a whopping four nominations at the Grammys this year. He is up for Best New Artist, Best Rap Song, Album of the Year, and Best Rap Performance. Personally, I believe he deserves every single one of these awards, but we shall see.

Music is so individual. Everyone interprets music differently, and it can be so impactful on someone’s life. 2021 brought us a lot of music that has changed people’s lives. Music has become a part of their everyday lives. Music is one of the few things that is so beautiful and impactful that people take for granted. Artists are able to put such raw emotions and thought into their music that they might not be able to say in normal conversation. Listeners can connect to the artist’s experiences, and personalize it to their own lives. We would not be where we are without music, and we all should take a step back, and evaluate how music has shaped our lives.