Being a Pope is a lot of Work 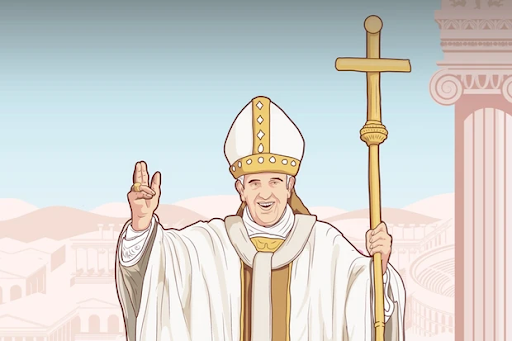 Becoming a pope is a long and arduous process. You must work your way up the entire catholic hierarchy and then be elected by your peers. First, you have to be a catholic man, then become a priest, next a bishop, after that an archbishop, then be selected to become a cardinal. Finally, as a cardinal, you have to be elected as pope.

A bishop is the head priest of an entire area called a diocese. A diocese is similar to a county. An archdiocese is similar to a state. An archbishop is the head of all bishops in an archdiocese. To become a bishop or archbishop you must be in regular communication with the archbishop of your diocese so he will hopefully recommend you to the pope. The pope is responsible for choosing all bishops, archbishops, and cardinals. You cannot apply or ask to become any of these, you must be chosen. The pope relies on recommendations from other bishops when he makes his choice.

Becoming a cardinal is a very well-respected position. As of January 7th, 2022, there are 214 cardinals. There is no limit to the number of cardinals there can be. The pope selects archbishops to serve as cardinal of a specific diocese. Cardinals can either work at the Vatican or run their own archdioceses. Not all regions have a cardinal. To move up to cardinal you should make sure you are in an area that has or needs a cardinal. This would be a heavily populated and heavily Christian area.

Since the sixteenth-century popes have at times appointed people to be cardinals without telling anyone, even the cardinal. In the nineteenth century, Pope Gregory XVI appointed many Cardinals without them knowing. He even took some of their names to the grave with him.

After finally becoming a cardinal you must be elected by all of the other cardinals to become pope. The current pope has to die or resign for a new pope to be chosen. It is very rare for a pope to resign so normally elections are held every few decades.

To be a pope you need to be able to fluently speak Italian and Latin. This is because Vatican City is in Italy and many old writings are in Latin. Most Popes try to speak multiple languages so that they can communicate the word of the church to as many people as possible without needing a translator. The current pope, Pope Francis can fluently speak seven languages. Along with Italian and Latin, he speaks English, Spanish,  Piedmontese (a language found in the northern region of Italy), Portuguese, Ukrainian, French, and German.

From 1503 to 2005 the average age of a Pope when elected was 64 years old. The average age of retirement is 62 in America. At the age that most Americans want to retire most Popes decide to take on even more responsibility. This shows how dedicated popes are to their vocation.