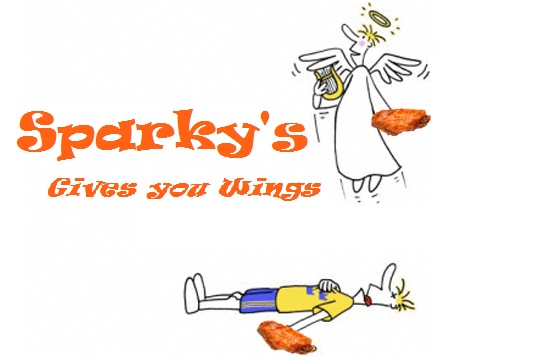 Restaurants that serve wings are a dime a dozen, ranging from the family friendly Hooters to Buffalo Wild Wings. These restaurants offer varying types of wings, whether they be boneless or on the bone. Surprisingly, it is neither of these restaurants that have people craving chicken wings. The establishment that has people crawling back for seconds is a local hotspot and beloved eatery.

This small building in downtown Haverhill has caused a wing frenzy over the years and is still a bustling little eating place. Many who have not been to the famous Sparky’s Wings ask, “What am I missing?”… well my friend, there is much you are missing.

Sparky’s has found a way into many Pentucket students’ hearts and is now almost a second home to many. Many sports teams now see it as a pregame or postgame ritual to go to their wing temple and find peace within its sacred walls.

“I love the sense of community and the food is so….yummy…mhhhmmm,” exclaimed Pentucket high school junior Brayden Carney.

One of the most known things about Sparky’s is their infamous “ghost riders challenge.” The challenge is to eat five pieces of on the bone wings without ranch or blu cheese. You cannot drink any liquids after eating the wings for five minutes. The challenge behind this is the sauce is made with the Ghost Pepper which in 2007 was the hottest chili pepper in the world and is 401.5 times hotter than tabasco sauce. Those who can conquer this amazing feat are awarded with a magnificent prize; a t-shirt.

When asked about his experience, Carney explained, “It was pretty bad. I started sweating…and crying. I had sauce on my finger and I went to wipe my tear away but the sauce got in my eye. On top of that there was a crowd around me so I had to eat them. I powered through, but I threw up after. That’s all I have to say about that.”

To the dismay of many regulars, Sparky’s Wings closed over high school February break leaving many with confusion. There were rumors that Sparky’s was closing or changing ownership. To many, this caused mixed feelings about whether or not their place of wing worship was going to be compromised.

As Sparky’s reopened on February 24th , a few brave souls went to test out whether their beloved wings were still just as they remembered. At first glance is obvious that things had changed. The appearance of the wings had changed. To the relief of many Sparkys goers, the wings tasted just as magnificent as they once remembered.

Sparky’s is still a restaurant that sells great wings and keeps their customers coming back for more. So to those who have never been to this place of complete serenity and beauty, get on the bandwagon and get on down to Sparky’s Wings.