Barbie, the Not so Perfect Role Model 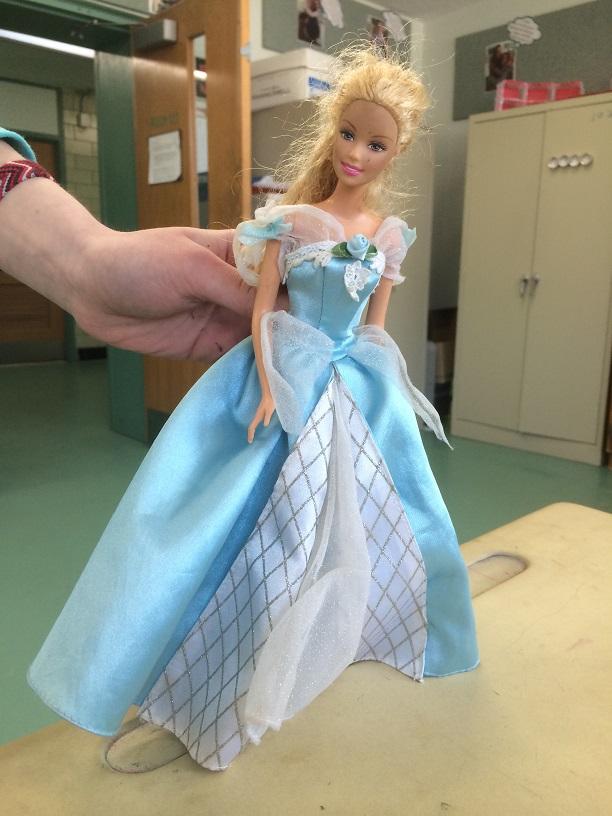 Barbie:  6 feet tall, 100 pounds, slim body, flawless face.  In the eyes of men, Barbie is seen as the perfect woman.  Blonde, tan, skinny, sexy, what more do you need right?

Since the 1960’s, Barbie has served as a role model to young girls across the globe.  At the time she seemed to be a figure who could serve as a perfect role model to these fragile minds.  She had perfect hair, perfect body, perfect life, and perfect boyfriend, everything about her screamed “perfect,” at the time.

Typically, girls aged 3-11 own about 10 Barbie’s.  They could spend hours playing with them, and dressing them up.  The more time girls spend playing with Barbie’s at a young age, the more impact they have on their developing brains.  By growing up around this role model who is seen as the “perfect” version of a woman, girls have a distorted view on what beauty truly is.

This adds further pressure on girls to attempt to fit in and look a certain way.  And while young girls are playing with this doll, the brain is registering every perfect thing about it.  This begins the cycle of low self-esteem and can lead to further issues, such as eating disorders.

In the United States, 8 million girls have an eating disorder, 85-90 percent are females, and 80% of those females are below the age of 20.  Many claim they worry about their weight and that as young girls, they would always look up to Barbie and want to be super skinny and perfect as she appeared to be.

But it isn’t just weight issues that the influence of Barbie leads to.  Girls spend hour’s globbing on makeup, trying to change the face they were born with, tanning, dying their hair, using straighteners; Begging for a better life, better clothes and better looks.  And once they have reached this point, they are almost never satisfied with who they truly are.

Another effect this doll has on the minds of young girls is their aspirations, and how far in life they believe they can go.  They begin to view women more as sexualized objects, rather than strong women who can attain a stable career.

This also affects older people in different ways such as breast implants, face lifts, and other forms of plastic surgery to try to reverse to effects of aging and changing their body structure.

This ultra-perfect doll feeds in to our materialistic culture.  She always had everything.  Her own mall, clothes, car, swimming pool, house; anything she wanted, she had.  This puts in to all young girls head’s that all these things are easily attainable and can even be handed to you.  The results are young people with twisted realities.

Barbie has been a role model for young girls across the globe, but the spreading of this has to stop.  It is impossible for someone to have that perfect, flawless, body type without severe plastic surgery.  Barbie has a terrible effect on the minds of young girls and has caused girls to waste money, to hate themselves and develop severe eating disorders to attempt to look as “perfect” as Barbie.  This beautiful doll is not as she seems.  The beautiful non-Barbies’ of today must take a stand to change the effects of this for the future generations.