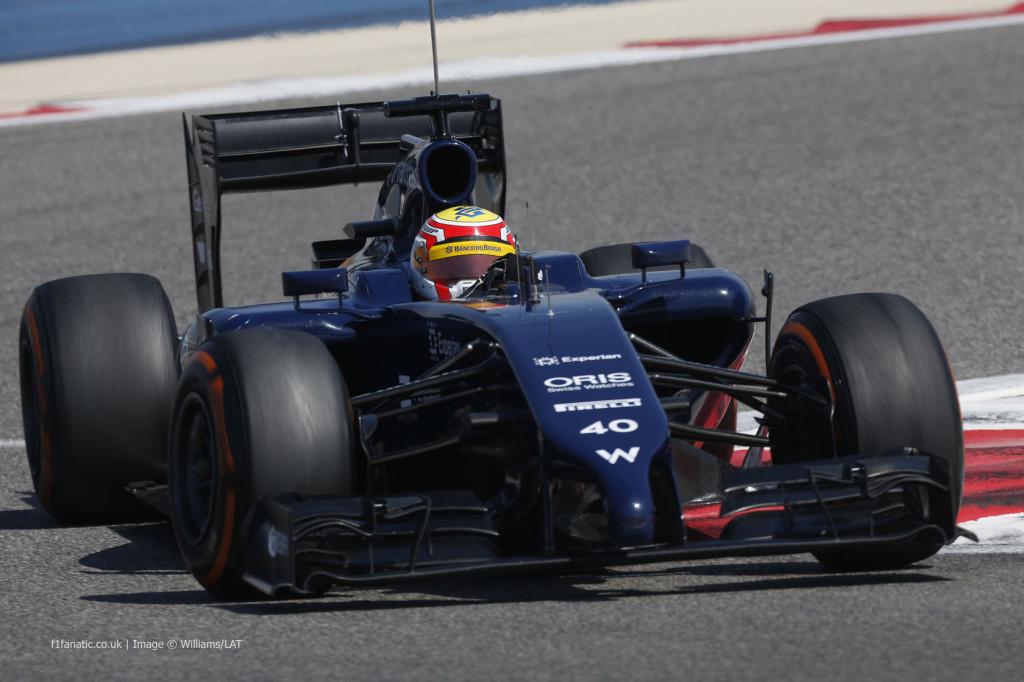 The second F1 test at Bahrain’s International Circuit yielded more success for Mercedes, but to the amazement of some, the team on top of the lap times board is not the Silver Arrow. Indeed, Bahrain brought a stop to Mercedes’ reign of speed.

Team Williams has now taken the top spot, becoming the fastest team to lap the Bahrain circuit in the 2014 preseason tests with the new FW36. Not surprisingly, this is a result of Williams’ long term contract with (guess who) Mercedes, who is now supplying engines to Williams.

The engine powering the monstrously fast FW36 is a fuel injected 1.6 liter V6 turbo hybrid. This is a new design from Mercedes, as past engines have only had a small electric side motor, while this one is a complete hybrid, with the electric and gas motors working alongside each other.

Although Williams driver Filipe Massa has taken the top spot going into the first race of the season, Mercedes driver Lewis Hamilton is dangerously close to Massa’s pace, only behind by 2/100 of a second. Especially incredible is the fact that the Mercedes W05 that Hamilton was not running at full power, while the FW36 was.

As Sky Sports’ Pete Galloway, Mike Wise, and Pete Gill write, “[The Mercedes] is a quick car, no question.” According to reports from the sidelines at Bahrain, the Silver Arrow is still the car to beat, despite Williams’ impressive lap times.

Meanwhile, Team Red Bull has gone from bad to worse, and then from worse to catastrophic. Sebastian Vettel was not able to complete even a single timed lap around the circuit, due to multiple technical malfunctions in the RB10. There is even talk of a B-Spec (lower performance) car being introduced, so Red Bull can at least take part in this season’s races.

As Red Bull struggles to get off the line and post lap times, Williams and Mercedes have taken over as the two teams to beat going into the 2014 regular season Grand Prix races.

Fans and reporters are considering the serious possibility of crowning a new F1 World Champion at the end of the year and the end of Sebastian Vettel’s reign. Red Bull is not yet out of the running, however, and they will be looking to improve as the Australian Grand Prix approaches. Look for exciting racing and record- setting speed in the 2014 season.

For anyone who is confused as to what Formula 1 racing is, or if you just want to watch a very exciting, moving video of some historical F1 moments, check out the link below.