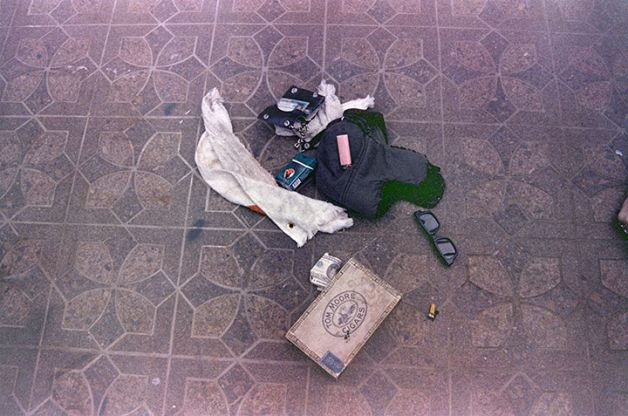 Last week, new photos from Kurt Cobain’s death were released to the public by the Seattle Police Department. This year will be the twenty year anniversary of his death in April 1994.

A brief background on Cobain: he was the lead singer and guitarist for alternative band Nirvana, which was active in the very late 1980s into the mid-1990s. They broke up following his suicide at age twenty-seven in 1994. He left behind a wife, Courtney Love, and a daughter, Frances Bean Cobain, as well as many fans, such as myself.

It appalls me that new pictures of his case have been publicized. I think it’s horrible that the police have decided to reopen his case, which was clearly a suicide to begin with. It is well-known that he died from a self-inflicted shotgun wound to the head; he also had enough heroin in his veins to die without the gun.

The main reason I am so mad that these photos have been released is because he left a family and friends behind. Isn’t it enough that his suicide note is all over the place? People seem to romanticize everything about the man, even his death: these pictures are not going to be an exception. How would you feel if your husband committed suicide, and then every time you went online there were constant reminders of his death? Now, these photos are an additional reminder of the tragedy that occurred twenty years ago.

People-in this case, Seattle’s police department- should be much more considerate in handling delicate matters such as death and suicide. It is not a matter of Cobain’s popularity but one of morality. It is not right to broadcast details of a death for the world to see, because it’s not fair to those that were close to him to be bombarded and reminded of what happened: as if they don’t already live with it everyday.