Everything I Know About Teen Wolf I Learned From The Internet 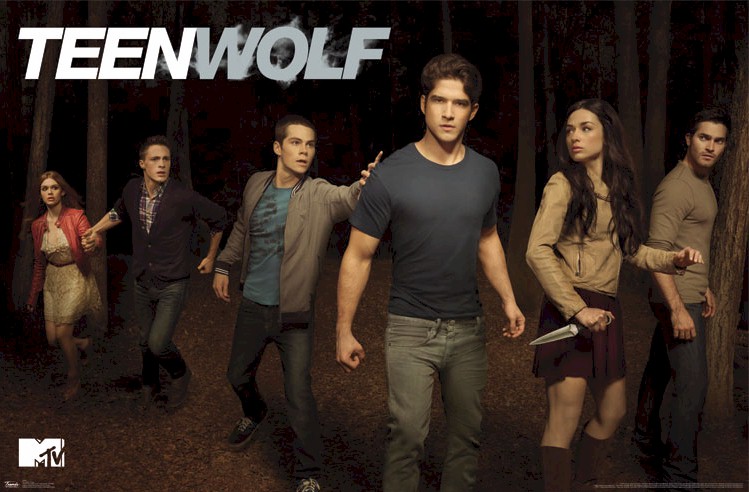 Please note that I am 50% positive that this article is NOT spoiler free for Teen Wolf season 3 part two, especially because I have never seen a single episode of Teen Wolf in my entire life and who knows what brilliance could be pouring from these fingertips of mine.

One fine day in 2012, as I was scrolling through tumblr, I noticed that people were discussing a television show entitled “Teen Wolf.” At first, I thought it was a joke. Why would all these smart and tasteful people watch a show entitled Teen Wolf? They had an entire world of quality television open to them and they pick a show that couldn’t be creative enough to come up with a better name than Teen Wolf?

It’s 2014, and although I have yet to watch an episode of this television show, I can say with certainty that it gets a little bit harder every single day not to find it illegally online and binge watch every episode until I am all caught up.

1.      Teen wolf started off as a really bad series but now is good

Teen Wolf used to be a really cheesy movie with Michael J. Fox, but when MTV decided to adapt it, the show didn’t improve upon the movie that much in the first season. It was just a funny, cutest television show that everybody watched so that they could make fun of it. Over time, however, the quality of the television show increased, as did the addictions of the viewership. Now, the show is apparently extremely well done, with impressive character development, backstory, and cliffhangers.

I’m not exactly sure why all of the teachers are as attractive as their students, but that definitely seems to be the case on Teen Wolf. I’m wondering if this is because of the weird wolf thing going on in the town. Are any of the teachers wolves? Or are they vampires, destined to be young and attractive forever? I have no idea, but it seems kind of unrealistic that all of the beautiful students would be taught by a plethora of young, beautiful teachers.

This seems pretty obvious from the title of the show. Certain characters on the show can turn into a giant, crazy werewolf and go rip the SATs to tiny little shreds. I’m sure that these wolves are keeping their wolfish tendencies a secret from the rest of the body, but it’s season three of the television show and I’d be willing to bet that the vast majority of the student body probably knows by now. I mean, if you’re running through the soccer field and whipping off your shirt so that it doesn’t get torn in the transformation, wouldn’t people start to wonder about your lack of proper attire? Also, can girls be wolves, or are only the dudes wolves? Is there a different type of power that girls have?

Also, what is the purpose of the wolves? Do they fight crime? Do they save the world? Are the fulfilling a prophecy? Are they ever going to not be wolves anymore?

I am still debating on whether Stiles Stilinski is actually his real name because that is literally the stupidest name I have ever heard. Is Stilinski a nickname that the fandom has created for him? Is it his real last name, or is he on the run from the Russian Government? Does his mom hate him? Only the fans know.

I’m pretty sure that Stiles started off as this really sad, dorky little boy with mommy issues but he recently got invaded by this evil spirit with a name that started with a N (Nicotine? Nogutine?) and now he looks really sad and has shadows under his eyes and seems to have had his coming of age moment and everybody is making a big deal out of it because he kissed a girl who is also evil when he was under the control of this evil spirit thingy and nobody wanted him to kiss this girl so everybody is just having a panic attack.

When I see images or pictures of this show, they are usually big, dramatic GIFs where everybody is crying or looking pensive. Therefore, it is only natural for me to assume that this show is a supernatural Soap Opera. I imagine that it’s like One Tree Hill or Dawson’s Creek, but there are teen wolves running around trying to save the cheerleader.

6.      The only characters that really matter to the show are Stiles, Lydia, and Derek.

I’ve never actually heard any other names of characters on the show. My tumblr dashboard is filled with Stiles and Lydia’s relationship along with Stiles’ bromance with Derek. I know that there used to be a character called Allison, but she recently died and now everybody is up in arms about the fact that all of the female characters on the show are being killed off.

In spite of the fact that I have not had the pleasure (?) of watching a single episode of Teen Wolf, I know for a fact that I would want Stiles and Lydia to be together was I to become a fan of the show. Here is the understanding that I have of their relationship at this point in time: Lydia is the pretty, confident popular girl who had never even noticed Stiles until the beginning of the series. Stiles is the funny, awkward, yet completely adorable boy in her class who suddenly started drawing her attention with his sweet ways and funny sense of humor. I’m not sure why Lydia’s character would suddenly start paying attention to Stiles (is it because he’s a wolf?), but I am pretty sure that he’s been in love with her for his entire childhood so I’m totally rooting for him to get a happy ending.

Also, Lydia is one of the reasons why people are so upset about Stiles being invaded by that evil spirit dude. They wanted him to kiss her instead of the evil guy. Luckily, I saw a picture of him hugging Lydia while still having dark circles under his eyes so, with that in mind, maybe Stiles will be kissing the right girl sooner than you’d think.

This couple, Stiles and Derek, is a favorite among the fandom. Although I think that they are just best friends on the show, I do see many long posts about why their words, faces, and body language would indicate that they are meant to be together forever, so I could be wrong. Maybe this is the love triangle of the show! Perhaps Lydia and Derek are in a perpetual fight over the affections of Stiles, who is stuck between his two love interests. That would certainly be a revolutionary plot line on television, and would give MTV something to brag about.

Maybe this has to do with the fact that characters are constantly dying. Especially female characters. I do know that, when people cry, they usually tag these posts with “Stiles” and “my baby” so that could certainly be a factor in why the Teen Wolf fandom has a minor melt down after every single new episode and needs to take time off from school.

10.  The cast has a serious bromance going on

Their names are Tyler Posey, Dylan O’Brian, and Holland Rolland, and whenever they are in a room together, magical things happen that cause the entire fandom to simultaneously explode into dusty piles of glitter and unicorns.