New Happenings at the Boston Aquarium 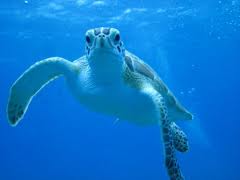 On March 26, Pentuckets’ marine biology classes traveled to the New England Aquarium in Boston.  The Aquarium has recently undergone some major renovations and added a number of new exhibits and marine organisms.  The giant ocean tank, which is the centerpiece of the aquarium, has been completely renovated from top to bottom, and now holds more than 1,000 marine organisms.  The tank took approximately 10 months to complete, and now holds 130 different species of marine animals.  Construction costs totaled $17.8 million.  In addition, a newly formed Caribbean coral reef can be found at the bottom.  The Aquarium also added a Yawkey Coral Reef Center, which allows visitors to view organism not easily seen in reefs.  The aquarium is still home to harbor seals, penguins, large sea turtles, and countless sharks.  If you have not been to the aquarium for a few years, now may be a good time to go check out its many additions.