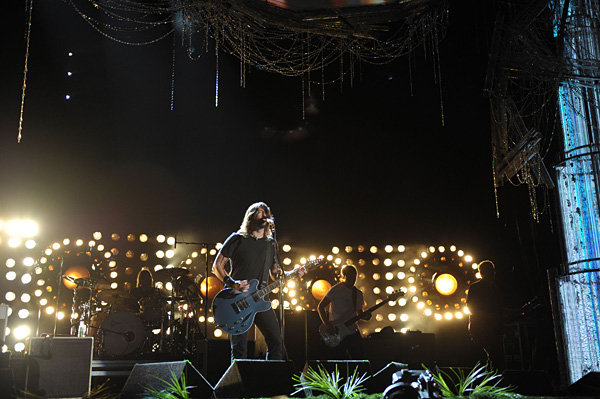 The Seattle based rock band Foo Fighters have announced that they’re putting out a new studio album in November of this year. The album is rumored to be only eight songs long, and according to Rolling Stone, was recorded in the eight cities of Austin, Chicago, Los Angeles, Nashville, New Orleans, New York, Seattle, and Washington D.C. The band’s first album came out in 1995, and was wrote and recorded entirely by their frontman, Dave Grohl, with the exception of one guest guitar part. Since then, the band has grown to more than just one member. Now, there is Grohl on vocals and guitar, Taylor Hawkins on drums, Pat Smear and Chris Shiflett on guitar, and Nate Mendel on bass. The Foo Fighters have put out many studio and live albums since, including One by One, Skin and Bones, The Colour and the Shape, and most recently, Wasting Light, which was recorded in Grohl’s garage. Their newest album should have a unique and interesting sound that will continue their reputation as a great modern rock band.