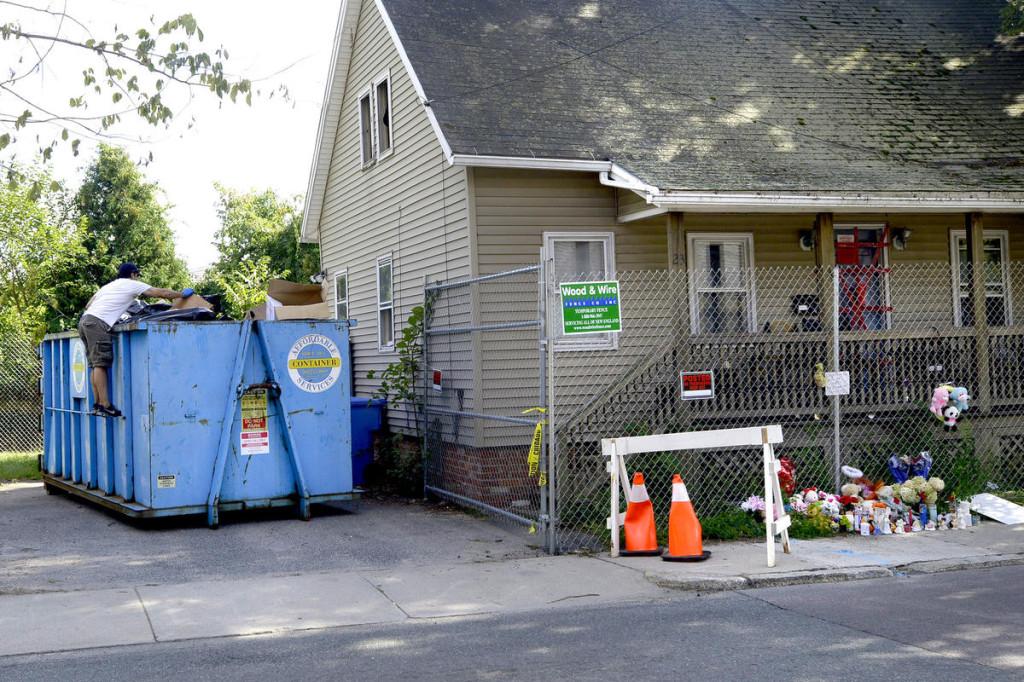 On Thursday, September 11th , a mother from Blackstone, Massachusetts, Erika Murray, was arrested on charges of “fetal death concealment, witness intimidation, and permitting substantial injury to a child,” after four children were found by Child Services inside her home along with the remains of three dead babies. The living children’s’ are ages thirteen, ten, three, and six months old. There are birth records for the two oldest children verifying that Murray and her boyfriend, Raymond Rivera, are their parents.  However, as for the youngest children and the three babies, officials are still unsure of who they belong to.

The Blackstone house came to the community’s attention when Murray’s ten year old son was playing outside with a neighborhood friend and approached the friend’s mother asking how to make a baby stop crying. The neighbor went with the 10 year old boy back to the Murray house to see what was going on and even offer help. When they got to the house, the 6 month old baby was found crying and covered in fecal matter (poop).

Once authorities stepped into the home, it became very clear that something was not right about this house. There were used diapers piled throughout the house and, in some parts of the house, the piles reached around two-and-a-half feet high. After moving the two oldest children to their paternal grandparents home and putting the two youngest children into foster care, police and clean-up crews came to take everything out of the house. After further clean-up, a skeleton of a dog and cat were found along with the 3 deceased baby remains, as well as a marijuana plant growing in the basement.

Due to the multiple marijuana charges, the owner of the marijuana plant points to Murray’s boyfriend, Raymond Rivera. Murray claims that Rivera was living in the basement. However, Rivera told officials that he has not been in the basement for around five months. With these conflicting statements, officials still remain with three very important questions: who was growing the marijuana in the basement? Why did Rivera turn a blind eye to the living situation? Do the deceased babies belong to Murray and how did they die?