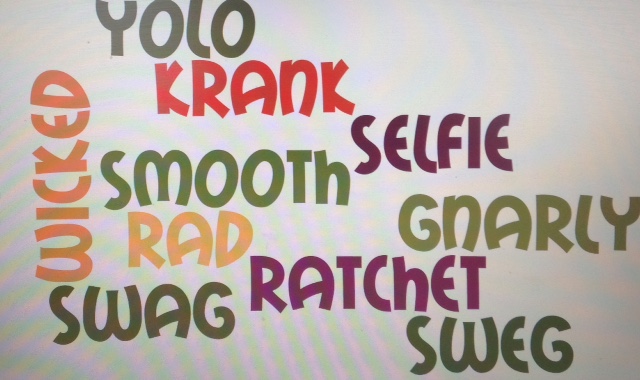 In high school, new slang words like “Ratchet” are always being thrown around, but why? What makes them so great?

By asking around it is clear that students love using new slang words. Garrett Lischke, a junior at Pentucket says, “When you use a slang word you are trying to make the sentence your own and trying not to use old clichés.”

But where do words like “slay” “ratchet” and “selfie” come from, one may ask. Amelia Luke, a sophomore thinks that ‘selfie’ comes from somebody thinking, “oh, a picture of myself let’s call it a selfie!” Luke also thinks that people just get bored with the language so they make it “fun” by using slang words.

Liscke says that if he had to create a new slang word it would be “krank, a mix between ratchet, rank, and creepy.”

Teenagers use slang words all the time, in class, walking down the halls of Pentucket, on Twitter, and in texts. Teachers who are out of touch with modern language may not understand words like ‘ratchet’. When asked if she could define ‘”ratchet”, Mrs. Costello, Pentucket’s Librarian, said, “cool?”

Times have changed since teachers were in school and all up to date on slang words. However, there were some who understood the meaning of some slang words. Mrs. Merritt defined “ratchet” as “nasty, skanky, dirty, gross.” Clearly, Mrs. Merritt knows what’s up.

Clearly, slang words are great. They add a little something to every sentence and are fun to create. Who knows what the future will bring when it comes to the evolution of slang words.