The Secret of the Tinted Tresses 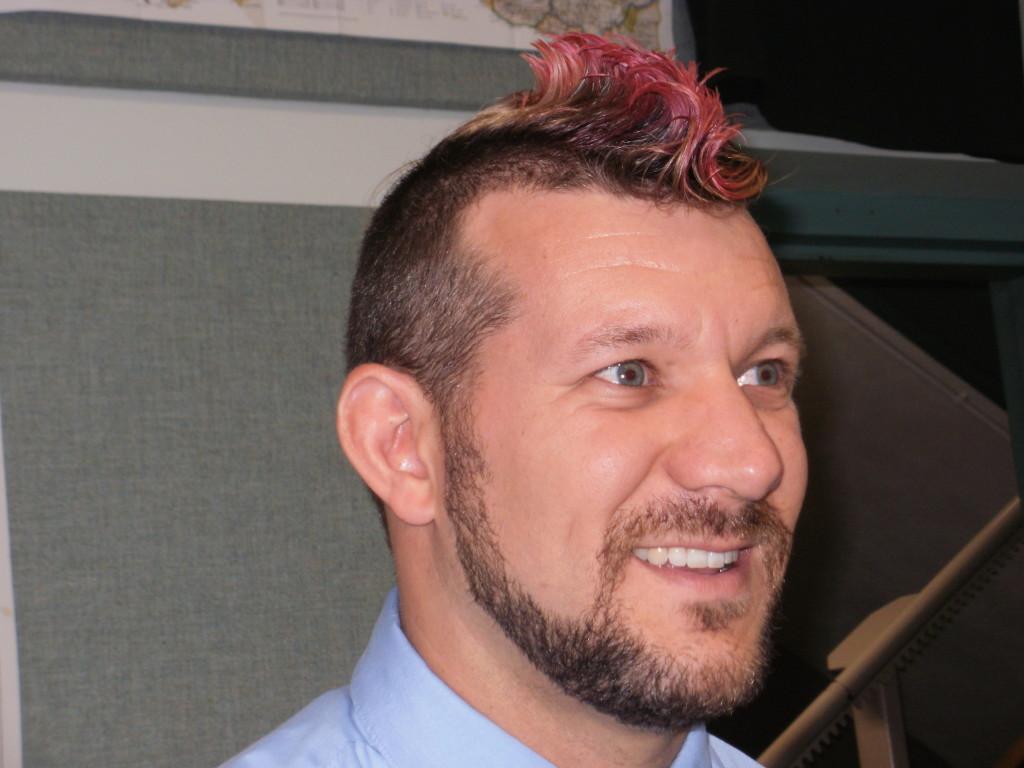 It might have seemed strange this year coming into one of Mr. Honer’s classes and realizing that his hair is now styled in a blue Mohawk-well, now red. This out-of-character decision, however, is actually well-thought out and, believe-it-or-not, beneficial to the students.

One of the classes Mr. Honer teaches is a course on Genocide. In this class, the students talk about the effects of stereotyping (i.e. Jewish stereotyping leading to the Holocaust), and how people view certain races, gender, etc. In order for the kids to experience stereotyping that is more local, such as people with dyed Mohawks, Mr. Honer decided to take matters into his own hands.

After going through his hair metamorphosis, Mr. Honer had his students complete a homework assignment about what the usual stereotypes for blue-haired people are. He also had them write down their first reactions to his new coiffure.

What were the responses? “What a crazy guy!” junior Garrett Lischke says. “I really think he brought teaching to another level.”

Junior Julia Recine also praises Mr. Honer for his choice: “I didn’t think that any other teacher would do that to prove a message.”

Even fellow teachers give Mr. Honer props for this new do’.  Mr. Harty, a fellow history teacher, says, “I think it’s great…I feel people should [be able to] express themselves the way they want.” Mr. Harty also adds that he thinks Mr. Honer’s hair looks good on him.

As regards to what hair color is next, Mr. Honer has two words for you: “Stay tuned.”