Too Many Evacuations and Lockdowns? 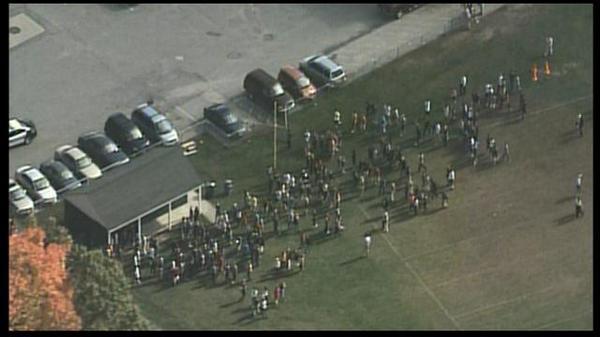 Are emergency lockdowns and evacuations becoming a regular occurrence at Pentucket High School? Are we susceptible to real danger from these threats?

Could these “emergencies” be taken lightly by most students and even some teachers? Over the past two years, students have become accustomed to having to evacuate or lockdown. Junior, Julia Recine says, “If there was a real danger at school, we would not be prepared. We would all take it as a joke.”

Some students even believe that we did not take proper safety precautions because we thought it was not a real danger. “I think that no one was really prepared. If there was an actual bomb instead of just a threat, then there would be a danger to all of the students and faculty who were standing directly next to the school,” says sophomore, Amelia Luke.

Other people at Pentucket were just completely shocked by the situation. Gym teacher, Mr. Hayden says, “I never thought anything like this would happen. It is a very different time. Lockdowns and school shootings are becoming far too common in our world.” Mr. Hayden has worked at Pentucket for over 30 years and he is very concerned with the types of scary things happening in schools across America today.

Senior student, Tia Pittounicos shares her thoughts about the recent issue. She says, “I wouldn’t say I was scared or nervous. I was alarmed that we were all so casual about it. It just makes me nervous when this stuff happens. The time we don’t take it seriously is the time we are going to have a real threat.”

Varying reactions of all students and faculty have alarmed other students. A drastic change in our behavior is causing tensions and suspicions. Junior Tori Soucy says, “There’s one day that there are police officers everywhere because of threats, and the next day no one even talks about it. I think that’s a bad sign.”

Some teachers have become angry with the way we treat certain “drills.” Gym teacher, Mrs. Kelly says, “I think it’s a little confusing. We are supposed to take them the same way every time, but this evacuation seemed lackadaisical.”

Whether these evacuations and lockdowns are posing a serious problem, we need to take them seriously. Our indifferent nature will come back to haunt us in the end.