Teachers: who are they really? 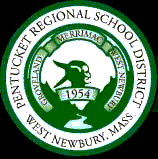 Junior, Molly Hogan, thinks that Mrs. Costello would have been “a bookworm and studious.” Mrs. Costello admits however, “I was boy crazy… I was infatuated with a variety of people.” She also says, “I was ready to start my life… I was seen as an adult.” Clearly our bookish librarian has not always been so bookish.

There are some teachers who have not changed since high school, like Mr. Bixby. To us he is a fun, goofy teacher who knows a lot about videos and other art forms. Mr. Bixby describes his high school self as being, “Athletic, artistic, easy going, and chill.” This description sounds an awful lot like Mr. Bixby now a days.

Mr. Angelli said that he was “a mix of everything” in high school and that he “didn’t belong to any cliques.” Clearly there is something in the water down there in the math hallway because Mrs. Chory also said, “I was everything man, athletic, academic, social and friends with everyone… I had no tolerance for cliques” Ironically enough, Junior, Cam Wolbach, thinks that Mr. Angelli was “probably quiet.”

We also have some very intense teachers who love working hard, like Sophomore English teacher, Mrs. Lynch. Senior, Jack Richard, thinks that Mrs. Lynch would have been “good student and really outgoing.” This description goes hand in hand with the one that Mrs. Lynch gave, she said, “I was an excellent student, I made sure I had everything done, I was in choir, band, and the swim team.”

There are also administrative people that enjoy roaming the halls of Pentucket, like Mr. Thornton. We all know that he is outgoing and enjoys talking to everyone that passed by. When asked to describe his high school self, Mr. Thornton said, “Exactly the same, but with more hair.” A miscellaneous group of seniors in Mr. Goguen’s forensics class said that Mr. Thornton would have been, “good looking, a ladies man, charming, prom king, and super athletic!” It is clear that Mr. Thornton has always been and always will be a cool, social butterfly.