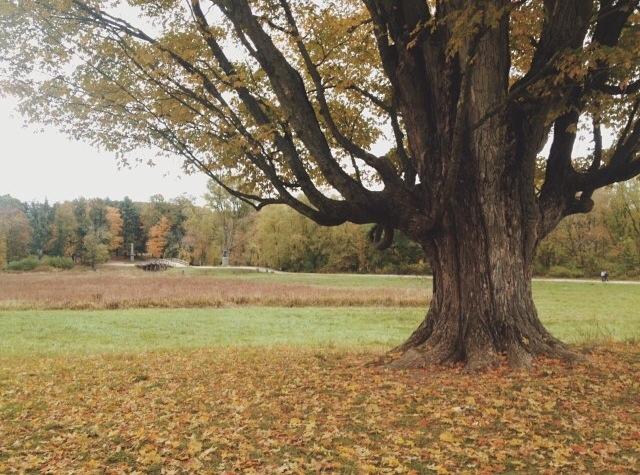 On Tuesday, October 14th Pentucket’s AP Humanity junior class arrived at the school around 6:40 am.  Just as the sun began to rise, the bus to Boston’s historical park of Concord departed.

The field trip, being thoroughly anticipated by both students and the two teachers, Mr. Ruland and Mr. Stevens, had finally arrived.  Students had been told since the first week of school about the legendary trip to Concord, Massachusetts, where they would experience and see where the “Shot Heard Around the World” and so many other American Revolution legacies originated.

Like so many other great field trips, this one was completed with the help of two fabulous tour guides.  Dressed in old colonial outfits, the two guides were clearly educated in their location, and they were very enthusiastic towards the students’ experience, engaging the kids through questions and encouraging them to really think about what had happened at the scene.

Not only did the field trip benefit the class’s understanding of history, but they also got to tour the very house and surroundings of where authors of class books had dwelled.  The class is currently reading the Scarlett Letter by Nathaniel Hawthorne, and had the ability to tour his home and better understand how Hawthorne drew his inspiration from his surroundings.  The English classes are also reading part of Nature by Ralph Waldo Emerson, who had once inhabited the house as well.  The students were able to see exactly where Emerson had created his work of art and look out the windows just as he had during the writing process.

The classes found a new appreciation for the literature after experiencing the life of the authors.  Junior, Sophia Capobianco, comments “It was a really great learning experience to actually see the landscape that inspired the writers that have such a great role in our curriculum today.”

Student, David Greene, adds “this location brought with it a historical and literary value with it, having the battle of Lexington and Concord right out the window of where Hawthorne and Emerson wrote.”

Mr. Ruland and Mr. Stevens’s AP Humanity class was exposed to the reality of the works they had read through the field trip with Lexington and Concord.  The trip was responded with praise and appreciation from the students of the class.