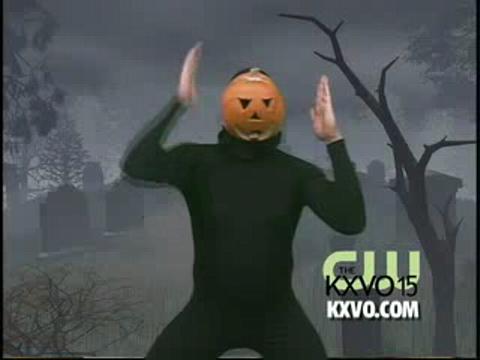 As the days until Halloween grow fewer and fewer most people like discussing what costumes they’ll be wearing, their favorite candies, and their favorite scary movies. However, one aspect of Halloween that isn’t discussed enough is Halloween music. Nothing tops off a spooky night of trick-or-treating like jamming out to some haunting tunes. Despite this scientific fact, many people don’t know where to begin while crafting an eerie playlist for this scary holiday. Fear not, I have compiled the most chilling, ghostly, and utterly un-dead playlist for this Halloween-hunting season.

“Thriller” is the epitome of a Halloween jam. Nothing is more Halloweeny than hearing MJ’s silky, smooth voice singing over a funky beat, and the sound of werewolves howling in the background. Thriller is an absolute essential when it comes to Halloween anthems. If the song doesn’t do it for you make sure to watch the fifteen minute long music video in which we see young Michael Jackson show off spectacular dance moves, lead a troupe of zombie choreographers and as he transforms into a were-cat. Truly horrifying.

Created in 1962, the “Monster Mash” changed the Halloween song game forever. A Halloween must-have Bobby Pickett combined the early rock and roll sound with spooky lyrics about zombies, ghouls and other unearthly creatures. This throwback is a necessity for all those trying to create the perfect playlist.

While “Monster” is not associated to Halloween quite like the previous two songs, it certainly should be. The beat itself is as menacing as any zombie or werewolf. Bon Iver’s auto tuned intro immediately sets the tone and is followed by a haunting Kanye West screech. On top of that, listeners hear Yeezy calling himself a “monster”, and JAY Z comparing himself to Sasquatch, Godzilla, King Kong, the Loch Ness Monster, a goblin, a ghoul, and “a zombie with no conscience.” Hova’s verse alone makes this an instant Halloween classic. Followed by a freaky verse by Nicki Minaj, this is a certified Halloween jam.

If your Halloween is missing a little funk, have no fear, Stevie Wonder is coming to the rescue! The funky bass in this song is enough to make any ghoul want to get up and dance. Wonder sings over the bass line about superstitious happenings, and the groovy horns truly are horrifyingly awesome.

What says Halloween more than a howling Shakira? Singing over an up-beat synth, Shakira pants and howls like a wild creature. This smash hit from 2009 is perfect for the spooky season, and will make listeners want to let out their inner she wolves.

When you don’t know what song to add to your Halloween playlist, who you gonna call? Ghostbusters! Featured in the classic 1984 film starring Bill Murray, Harold Ramis, and Dan Aykroyd, this song is a quintessential Halloween tune. After one listen of “Ghostbusters” listeners will be chanting the chorus without restraint. This song is an absolute Halloween jam.

Dance with the Devil- Immortal Technique*

While “Dance with the Devil” is not about monsters, or the supernatural it is by far one of the eeriest songs out there. Certainly not for the faint of heart, Immortal Technique raps about a true, horrifying story of gang violence. The song will send a chill through the spine of all listeners, and truly question the problems of gangs in urban America. While this song does not present spooky creatures like the other songs, it instead presents the monster-ish aspects of humans.