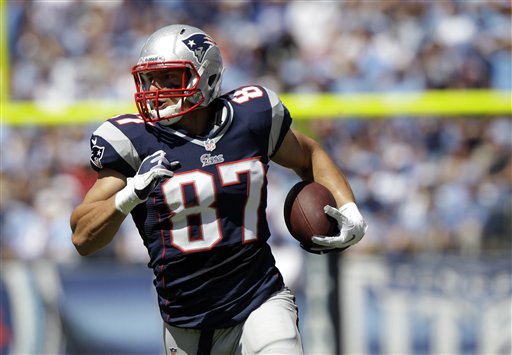 Robert Gronkowski is nothing short of incredible.  The ability at which he plays forces teams to change defensive game plans.  “Gronk,” as he is often called, entered the league in 2010 and since then not one player in the league has more touchdown receptions than his 50, including wide receivers.  This alone is an achievement in itself but when you look at it in a more statistical way, Gronk has scored 50 touchdowns only playing in 59 games; he was out with a knee injury for the majority of one season.  Gronk is a dominating force on offense for being a late third round draft pick.  He is also considered one of the best blocking tight ends in the league, creating opportunities for his teammates to score as well.  When Gronkowski is finished chewing up defenses he spits them out bruised, battered, and broken.