This Movie was A-MAZE-ing 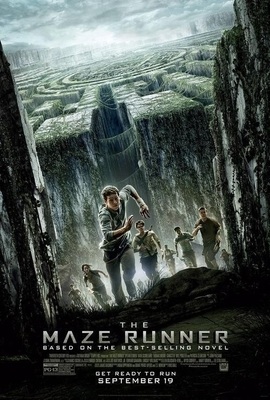 Before I lead into this review, I acknowledge that I am not a Maze Runner aficionado, at least in the book sense. This review is written by one who is only aware of the movie and its plot.

This film is the classic dystopian cinematic event, complete with excessive CGI (computer generated imagery) and character conflicts every two minutes. The plotline follows Thomas, a boy who wakes up in the middle of an enormous maze amongst other boys, where their only chance for escape is through the “runners”.

I admit I dragged my feet walking into the movie theater. The plot seemed too unoriginal, and dystopian movies are usually a hit-or-miss for me (Oblivion anyone). However, I found this flick to be pretty enjoyable.

One point I do congratulate the casting directors on, is the fact that none of the lead parts are played by actors who are known for only one role. Otherwise, the whole movie would be spent questioning why that character was in that movie. This has been an issue for movies in the past, such as Hugh Jackman in Les Misérables (seriously, who would have guessed the Wolverine was a singer?).

Another aspect of the film that I enjoyed was that there were no romantic relationships. I don’t know if the book had any of this, but I was impressed that the movie didn’t. That is what differentiated The Maze Runner from other dystopian films (*cough* The Hunger Games *cough* Divergent *cough* The Giver).

The only issue I had with this movie was how little the movie divulged into the arrival of the only girl Glader, Teresa. Based off of my scarce knowledge of the book, Teresa is supposed to be involved in a major plot twist of the book. However, it seems like the movie introduces her merely to spice up the film.

Other than that one issue, I was thoroughly entertained. I’d probably give The Maze Runner a B+ to an A-. Well done 20th Century Fox, and good luck on the sequel.