In Praise of Lorde, Pop Music, and Boy Bands 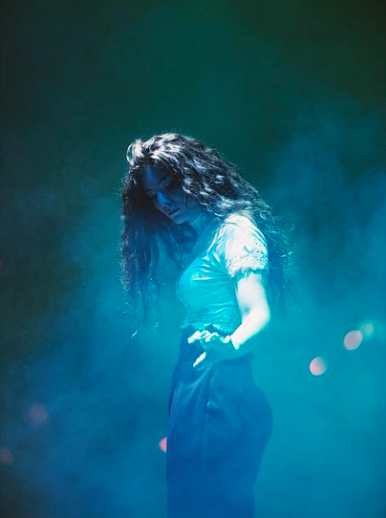 A past Friday afternoon, I was sitting in my car after school. “Where is my Lorde CD??” I cried, digging around in messy compartments and sifting through unlabeled disks and cases.

“Wait-you like Lorde?” asked my friend, sitting shotgun. “I never want to say I like her, because I’m worried people will make fun of me.”

“She’s such a queen,” I responded. “Seriously, her music is like poetry set to hip hop beats.”

This is not an uncommon occurrence for me. Countless friends have confessed to me their guilty pleasure of pop music, as if it was such a horrible thing to enjoy. When I was fourteen or fifteen, my love for musicians like Justin Bieber and One Direction was endless. The amount of posters I had could probably cover the entire English wing of our school, and I’m not kidding.

I used to like to think my taste in music has matured like a fine wine. As I got older and started listening to (cue pretentious voice) “real” music, my love for boy bands (but let’s be honest here: Led Zeppelin and Nirvana are completely boy bands minus the harmonizing, no matter what anyone tells you) dissipated along with my supply of posters and magazine cutouts. As Justin’s behavior became increasingly nerve-wracking, I became increasingly more “awakened to good music!!!!!” in the terms of rock and roll.

(Sidenote: In reality, what the hell is wrong with listening to a boy band? Someone, somewhere feels understood by One Direction; and that person used to be me. Also, their song “Another World” kicks butt.)

Now, I kind of pity my old musical self. Who came up with the dumb idea that good pop couldn’t coexist with good rock? I say, if someone likes it, it has to have some merit. (With the exception of Blurred Lines. Seriously, who still thinks that song is acceptable?)

Case in point: the beautiful, wonderful Lorde. Her album Pure Heroine has been the soundtrack to my life from the summer on, and I predict it will be for a while. First of all: the girl just turned eighteen this month, and, in my opinion, is already the best thing to happen to the world of pop music. Second, when you actually listen to her music, it is so hauntingly meaningful and truthful. The lyrics are layered, complex, and poetically inclined. While the lyrics make you think, the beats behind them make you dance.

There is an entire world of music out there, and all you have to do is reach out and listen. Don’t be concerned with what’s cool, or what’s considered to be real to some pretentious sixteen-year-old who doesn’t know what he’s talking about. Be concerned with what you like, because want you like is already awesome.