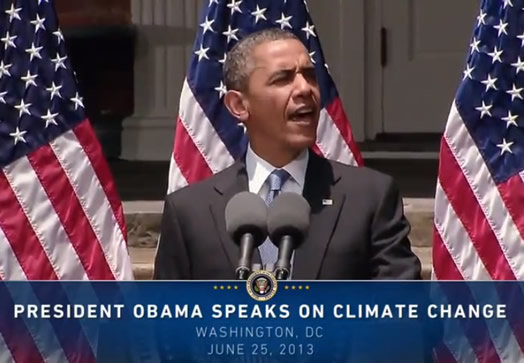 With the midterm elections over and done with, most people are now moving on with life; long forgetting the poll, all but one; President Barack Obama is still harping over his legacy.

After the Democratic Party was virtually crushed during the election the group was forced to hand the power of the Congress over to Republicans. The waning popularity of Democrats obviously impacted the overall outcome, but now President Obama is concerned about his own admiration, and plans to spend his last two years in office trying to leave an imprint on the world.

With limited time still in power, President Obama is staking his final two years on climate change, pushing the issues to the front of his agenda; What exactly brought this problem to the top of the heap? Well, it all comes full circle, leading back to the midterm elections.

Two weeks ago, Obama watched his goals on education, wages, and immigration all but evaporate as voters handed “his party a stinging rebuke in the midterms,” putting Congress in the hands of Republicans.  So basically, he is not willing to work with these new representatives on his goals because it will be tough to find a common ground. But is the problem that Obama wants it to be his way or no way?

Now that the President has essentially given up on the most important priorities of the nation, he has moved on to climate change. Obama has allegedly been inspired by his last trip to Asia and Australia as he saw “fruitful opportunities to make a lasting difference on global warming.” Thus, he has set an ambitious new target for cutting U.S. emission as part of a landmark deal in which China will also rein in pollution. In Australia, Obama pledged three billion dollars to help poorer nations address changing temperatures while prodding Australia’s prime minister to stop questioning the science of climate change.

According to the President himself, “there’s no excuse for other nations not to come together.”

Now don’t get me wrong, I completely agree with the ideals of everyone helping each other out and taking a stance on climate change, but the reasoning behind the decision is troubling. White House aides say “the issue has become even more attractive after the election because it’s one where Obama has considerable leverage to act without congress.” With that in mind, people should consider that the President is stubbornly refusing to work Congress at all. If that’s the case, what will happen to our country if the government cannot work together?

According to Laura Sheehan, the representative of the American Coalition for Clean Coal Electricity, President Obama will not even work with the general public, let alone Congress. The President “has made no secret that his climate crusade climate crusade will precede irrespective of what the American people want or what other global leaders’ caution.”

Sheehan further explained that warnings against the deal are not uncommon, as it will allow China’s emissions to keep increasing until 2030. This will then stall America’s economy while China continues to grow “thanks to affordable, reliable power.”

So it seems that the President is more concerned with his personal contribution to the world, to “imprint” his influence, rather than the well-being of the country he represents. At this rate, he is on his way to becoming known as one of the worst Presidents in American history.