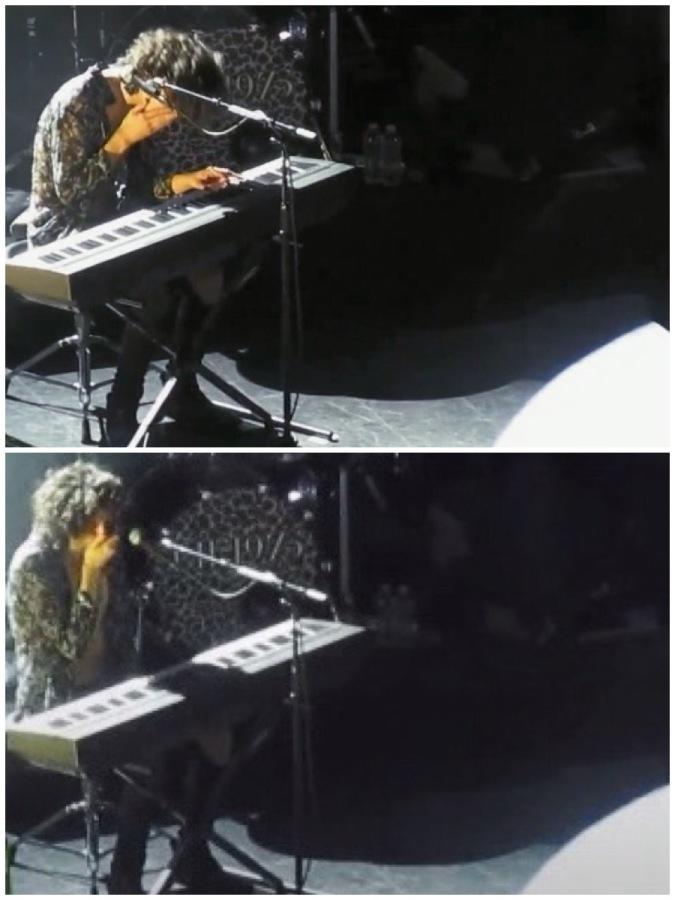 On Saturday December 6th, fans waited outside in the rain for hours in anticipation for The 1975’s sold out show at the House of Blues.  Streets were filled with teenagers dressed in black (from head to toe), more than eager to listen to their favorite band.

The 1975 is an indie-pop band consisting of four main figures Ross MacDonald, Adam Hann, George Daniel, and the crowd favorite and lead singer, Matty Healy.  The band opened the show with their song off of their debut album The 1975, “The City”, starting the concert with an energetic vibe.

It was not far into the set when fans started to observe the singer, Matty, acting different than usual.  When he had arrived on stage from the beginning he was seen as “sad, different than usual, and just overall melancholy,” says a fan at the concert.

Concern of the fans grew when it became obvious that the singer was becoming more “loose” and emotionally drained than he had been at previous concerts.  When a fan in the crowd shouted to the singer that she loves him, Matty simply responded “trust me you don’t.  You love the idea.”

The band continued the set and fans attempted to look past Matty’s previous remarks, in hopes that he was having an off night but it was later proven to be more than that as the singer began collapsing on stage, crying and even talking to himself.

In the middle of the concert set, the band plays their most emotional and slow songs, creating an intimate and serious atmosphere.  Some songs that were included were “Falling For You”, “Me”, and “You” but the moment that the crowd knew something was seriously wrong with their favorite band member was during his solo performance of “Is There Somebody Who Can Watch You”.

“Is There Somebody Who Can Watch You” or “Is There Somebody…” as fans like to call it, is known to be an emotional performance for Matty on a normal night due to his connection and how personal the song is after writing it about his little brother.

A single spotlight was beaming on Matty as he sat at his piano, preparing to perform.  The concern of the fans began before the song had started when Matty whispered into his mic “I just want to go home” after talking about his ongoing tour for two years.  He had only made it to the end of the first verse before his first real emotional breakdown.  Seeing it firsthand, Matty buried his face in his hand and had to take a breather from his performance before returning to his personal state, ignoring all cheers and yells from the crowd.

After the song, Matty was never the same and it was clear that the night had been a night of emotional breakdown for him.  Fans on twitter commented that he had “hit rock bottom in Boston last night” and “watching Matty have to be picked up and guided out after the show” was a lot to take in.

Twitter, the next morning, blew up with fans growing concern for the singer. One fan shows their overall care by tweeting “After hearing about The 1975’s performance last night I just really want them to take a break. Especially Matty,” (@the1975obsessed).  Another fan claims “When you’re on tour, you’re drained. Physically and emotionally. However, last night, Matty hit rock bottom.” (@The1975USA)

Due to the state of the band that night, their management took the liberty to cancel the show for the next day in order to rest.  Fans responded in understanding and even relief after the performance.  All that is left is for Matty to return to his real personality.