I’m Not Here for Your Entertainment 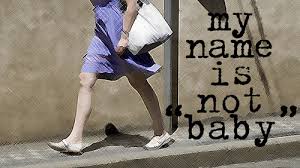 Walking down the street on a sunny day, a car horn blares behind me. BEEP BEEP BEEP.  “Hey gorgeous,” a deep voice screeches at me.  Don’t look; you never look.  I stare straight ahead; my pace fastens as I hear the car pull over behind me.

“Hey, hey you!” He leans out the car window. “How old are you?”  I finally look back.  The man is old enough to be my father, rough beard, stocky build.  “Thirteen,” I reply.  He scans me up and down; an uncomfortable weight rests on my chest. I need to get away from this man.  His face falls, and he begins to drive away.

But not before giving me one last hungry look of desire.

No matter what the form of street harassment it is, it can make the victim feel anxious and even unsafe in their own neighborhoods.  Still, people claim that people yelling “Hey Baby,” from their car on a busy, city street is not dangerous.  They just want to compliment me, right? So why should I be complaining?  It’s just in harmless fun, right?

In Florida of 2013, an adult man offered a fourteen year old girl who was walking down the street $200 to have sex with him.  When the girl declined and tried to walk away, he grabbed her by the hair, dragged her into his car and choked her unconscious.  He left her limp body on the side of the road.

But, oh yeah, it’s all in good fun.  “What was she wearing,” people say. “She brought it upon herself…”

In Philadelphia, a man was beaten to death after trying to defend a group of women who were being harassed by a group of men…

But he shouldn’t have gotten involved right?

Society tends to view sexual harassment as the “victim’s problem.”  It’s due to who the victim is, what they were wearing, what they look like.  But none of these aspects are reasons.  No one asks to be harassed.  I do not wear a skirt so people will look at me sexually; maybe I wear it for myself.  I do not walk down the street for viewer’s entertainment; I simply want to get to where I am going.

And as a senior, things have still not changed.  I still fear walking down the street, being followed, or that uncomfortable stare from a grown man, whose eyes have been watching my body too long.  The catcalls, the honking, the idea that every girl’s name is somehow, “hey baby,” it has not ended.  And that discomforting and hostile feeling still resides in my chest.

Your sister, your mother, your cousin, your daughter and your friends are all experiencing harassment on the streets.

Is it still just harmless fun to you?