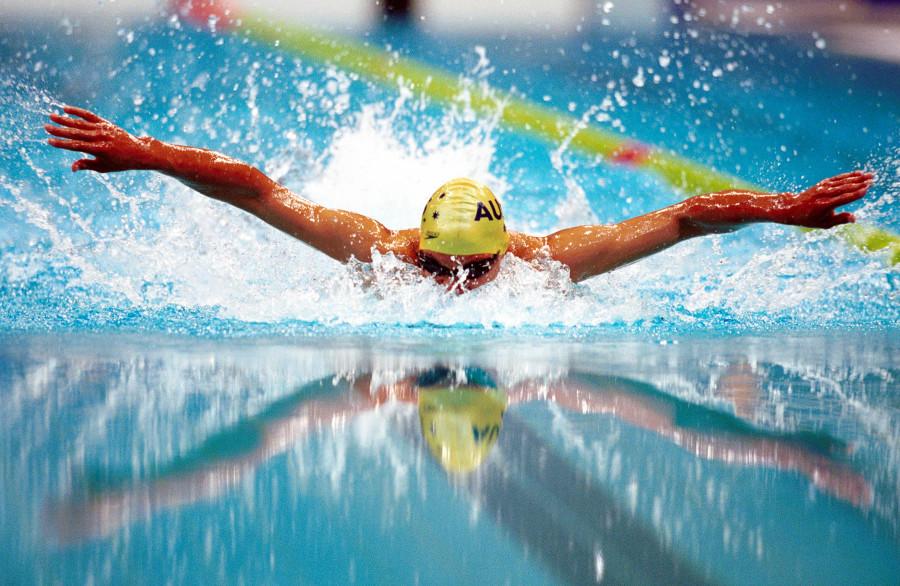 Pentucket Regional High School is no longer a fish out of water with the addition of the new swim team. 2014 is the first year of the new Triton, Newburyport, Georgetown, and Pentucket collaborated swim team.
The four communities came together to form one team through public demand.  Four girls from Pentucket participate in the new sport, making up a small fraction of the team.  The four swimmers, Maureen Quinn (sophomore), Jillian Terry (junior), Olivia Spofford (senior), and Abbie Thurlow (senior) swim along with Triton’s biggest competitors. There is also a Junior Varsity swimmer squad made up of Epke Paquette (Freshman), Kristin Davies (Freshman), Savana Silva (Freshman), and Sophie Vicedomine (Sophomore).

The team practices in the Newburyport YMCA almost every day of the week. The girls are making Pentucket history representing their school for the first time in the pool.

The team is comprised of different varieties of swimmers. It includes some new to the sport and others that have been swimming for years like senior Abbie Thurlow.  Thurlow comments, “It’s really nice to finally have a swim team here. I’ve been swimming for a long time and I’ve never been able to for my school so it’s nice to finally get to do that.”

For the girls of Pentucket, the team is more than just a chance to swim but also a chance to make Pentucket history. Thurlow’s swim team has already managed to qualify for states being just a few meets into the season.

With only being into the season by just a few meets, the girls prove that their contribution to the team not only is a great benefit to the team itself but also for Pentucket High School and the new reputation being made.

The team already expresses a promising future for the representation of Pentucket in the water.  Pentucket’s legacy has just begun for these four girls beginning a new era for the sachems.