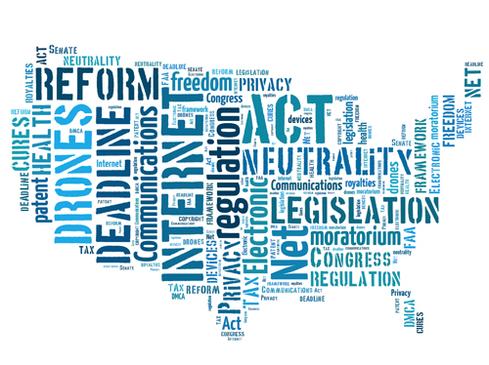 With new year celebrations over and done with, anxiety now hangs over the heads of the American people, and as expected, government has slowly become the number one cause for concern.

In 2014, Americans weren’t so sure where to place their concern for the new year, with less than 20 percent of them agreeing on the country’s top issue. However, with growing frustrations with President Barak Obama, the ineffectiveness of Congress, and fears of political gridlock, government topped the list of concerns for 2015, according to Gallup.

Since 2008, the economy topped the charts of concern, with 40 percent of people in 2009 agreeing on what should be the number one concern. Prior to that, the war in Iraq and terrorism were the central issues. Now the effectiveness of the homeland government is now being questioned.

What makes the concern even worse is the impending 2016 election. 2015 will mark the start of campaigns, campaigns, and more campaigns; all coming right after the endless campaigns from mid-term elections. The presidential campaigning will even heat up as candidates choose to focus on different issues.

The mid-term election itself can make people question the efficiency of the government with both congressional chambers overturned to the Republican Party. With the power overturned, people fear government standstills, in which the houses and President Obama, two opposite parties, may refuse to work together and agree on legislation.

With that said, it may seem contradictory for the people to give part of the government over to a totally separate party, but the growing displeasure with President Obama really makes it difficult for the nation to know exactly what they need and want. However, all people know is that the decisions Obama is currently making, like the immigration bill, is very concerning. So maybe, just maybe, the candidates eyeing the White House in 2016 and trust in Congress will appease some of the discomfort within America rather than add to it.

Nerves revolving around of the United States economy follow closely behind these governmental issues as a second major cause of concerns. According to recent Gallup results, 50 percent of Americans said the economy was getting better and 45 percent said it was getting worse. This division is what is mainly causing the worries of this new year. In the wake of the unrest, nerves about unemployment, health care, and immigration closely follow.

Seems like 2015 is going to be a year that will make or break the American public’s views of politics.