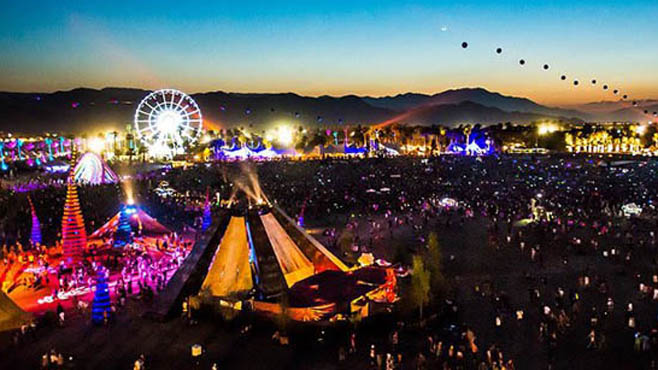 As of this week the biggest music festival has released tickets for the upcoming shows this summer. The legendary concert event is the one and only Coachella.

Coachella is a two weekend event from April 10th to 12th and then the next weekend April 17th to the 19th. The festival this year includes over 60 acts with 90,000 individuals attending. Located in Empire Polo Club in Indio, California, Coachella serves as one of the most anticipated concerts of the year.  Various celebrities are known for attending the festival including Vanessa Hudgens, Kylie and Kendall Jenner, Zac Efron, and Austin Butler.

Some of the 60 acts performing this year include; AC/DC, Coasts, David Guetta, Vance Joy, and more.  The style of these bands and performances vary from rock, to alternative, to pop.  The variety of genres makes the concert a good time for anyone attending.

Coachella not only serves as one of the largest festivals of the year but, it is also one of the most famous.  Between Twitter, Tumblr, Instagram, and other social media, Coachella’s fame and popularity has blown it up into a worldwide dream concert.

One of the most iconic parts of the festival is the style and fashion of those attending.  Each year, those who attend are dressed in what seems to be the best “BOHO” clothes.  The most stereotypical Coachella outfit includes sunglasses, high waisted shorts or pants, a crop top or loose shirt, and the most famous piece of Coachella fashion: the flower-crown.

The most crucial part of the Coachella festival is buying the tickets.  In reality, many people are disappointed to hear that one simple 3 day pass is priced at $375, not to mention the money spent on clothes, food, and parking. While the experience may be one of a kind, the money spent for one weekend can add up to well over $1,000 if one were to buy VIP passes, parking, other necessities, and sleeping arrangements.

The announcement of Coachella 2015 has made this generation of teenagers dream of the day where they could one day attend the most iconic music festival in the world.  But for now, we all will just have to settle watching it through Instagram, Twitter, and Snapchat.