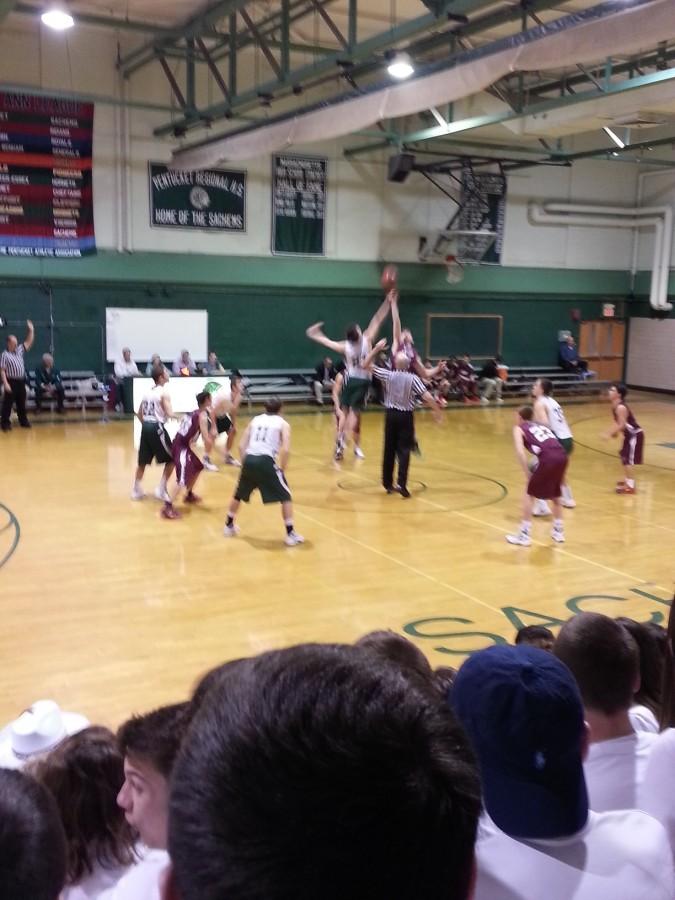 At the end of the MIAA Division 3 North playoff seed, Pentucket overwhelms Weston beating Weston 75-56. To start the game off, Pentucket sophomore Patrick Friermuth drained a three sending the crowd to a loud frenzy. Weston paired a couple of baskets to briefly take the lead, but not for long. After a technical foul was called on a Weston player, Pentucket senior Pat Beaton went up to the line to take two free throws. He sunk both and gave Pentucket the lead for the rest of the game. Pat Beaton continued to dominate the court scoring 18 points and sinking 4 threes by halftime! At the end of the half, Pentucket outscored Weston 49-28. In the third quarter, Weston picked up the pace but it still was not enough, as Pentucket sophomore Pat Friermuth dished out three threes to keep Pentucket’s lead over 20. At the end of the fourth quarter, Pentucket sent out their reserve players Conor O’Neil, James Cleary, Ryan DePoalo, Ben Thornton, Mitch Murray, and Nathan McGrail to get a chance to play some varsity basketball. At the end of the game, Patrick Friermuth finished with 31 points, Pat Beaton with 18, and Will Sullivan with 12. The Pentucket Boys will go on to play Lynnfield in the MIAA D3 North Quarter Finals on Saturday, February 28.