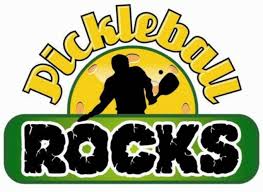 This popular gym class activity has captivated generations of Sachems, allowing students to take on one another in a heated, fast-paced battle that leaves both the spectators and participants wanting more after every match.

As rivalries are born and friendships are tested on and off the court, this extreme sport leaves us all with the same questions: could pickleball be a high school sport?  What would it take to make this happen? Who will be the coach, and who would lead this moment and the school to victory?

A common concern that people are discussing is the lack of people to make this a varsity sport. After talking to Pentucket Tennis Captain Andrew Dickinson, he had this to say about the topic: “I don’t think it is popular enough to be a high school sport, but give it time, it will grow.”

After asking other students the same question, the general consensus was something along the lines of, “No, we would not have enough people interested league-wide to form a full-fledged sport; however, we would have enough in our school in order to make it a club,” said seniors Danny Beaton and Justin Murray and junior Ryan Depaolo, collectively. If this is the case, why hasn’t this club been made?

After hearing from a fair amount of students and even some teachers, the vast majority go on to say that pickleball is a fun sport that anyone could play, no matter how old, or how good they are. “Even old goats could play this sport,” Steve Hayden, gym teacher and football coach at Pentucket, said during his interview.

When asked if pickleball were to become a club, what time of year would it best take place in, most people agreed on winter due to the small amount of sports offered during that time of the year, compared to fall and spring. Some said that it would be difficult to have it in the spring because it is the tennis season. Fall in particular was turned down when asked due to the large support for football, which is unlikely to be dethroned as the season’s most popular sport.

When asked his opinion regarding it taking place during the winter time, Mr. Hayden raised some concerns of a lack of space in the gym. Due to basketball taking priority, the club would have to meet at a later time. This, in turn, might affect the amount of people who would be willing to participate.

The amount of support raised for the possibility of Pentucket’s beloved gym class favorite leaves us with several questions: If we build it will people come? Who will be the one to make this club? When will this club be made? These questions, and many more, will have to be answered by students! It’s up to them to make this happen, the time is now!