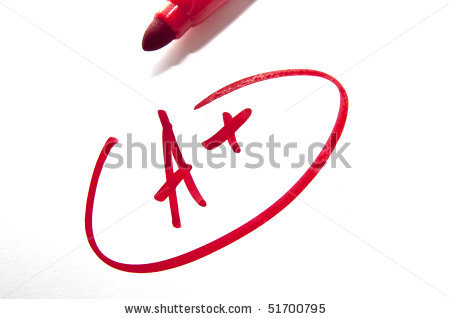 The divide between CP and Honors classes has been long standing since the end of eighth grade. If you want to take AP classes, teachers warned, you need to take as many Honors classes as you can. At the same time, the guidance department patiently explains that CP isn’t that different.

Everyone knows the stereotypes. Honors kids are smart, hard-working, uptight, while CP kids are more lax and dismissive.

“It depends on the year,” Mrs. X says. “Usually… The Honors kids have been structured, determined, quiet, motivated working.”

She goes on to say that, “Usually the honors kids have a deeper understanding—but not all of them! Some of them still don’t. Some kids will sit back and let back everyone else do the talking.”

While Honors classes are described as hard-working and “focused,” according to Mrs. Lynch, she sees “more enthusiasm in some of my CP classes, that there’s not this hesitation to speak so often that there can often be in the honors classes.”

However, most teachers seem to agree that there is a difference “in motivation and, to a certain extent, natural ability,” according to Mr. Y.

When Mr. Seymour was asked, he responded that he doesn’t “think there are any differences from class to class; I think there’s a lot of differences person to person.”

According to Junior Noah Malhi, “Some classes are kind of the same, some CP classes are as hard as Honors classes, but in Honors they get more homework.”

Most teachers interviewed certainly seemed to agree—all talk about maturity, ability, and comprehension strengths. Mr. Smith, guidance counselor, agrees, saying there are “differences in the teaching [of] classes, and the theories behind the classes.”

Others are not so sure.

According to Freshman Madison McSherry, she doesn’t “see much of a difference.”

Junior Nasrin Musa disagrees, but not in the way you’d expect. Last year, she was in mainly CP classes. In her switch to Pentucket, she noticed some differences in Honors. “It’s like an assembly line,” she says, “Do this, finish it, do the next thing; you don’t really have time to think about it and talk about it. Either that or you’re talking about it too much, and it’s overwhelming!”

When it comes to rivalries, there is a mixed bag of opinions.

According to Mr. Stevens, it’s a social aspect to high school. “I think there is some social component to that, like ‘I’m in Honors,’ or ‘I’m in AP’ does carry a bit of that social [importance].”

The images are what you expect—as Nasrin Musa sums up: “‘Oh, she’s in Honors, so she must be perfect at everything, she’s a perfect child,’ and ‘He’s in CP, so he’s no good.’”

To one student, Sabrina Basile, this stereotype holds true. She says, “There’s a lot of people who ‘give up’ more in CP than in Honors. You can see it just by walking into the class.”

But therein lies the question—as said by Mr. Smith, it’s only the teaching theories behind the classes that are different, not the people in them. Why contrast in the levels?

“I think colleges, and I think it is social,” comments Mr. Stevens. “It’s kids and parents, both, who wanna’… You know. And we try to design the courses for the right level of everything.”

Both teachers agree the number of Honors student has been increasing over the past few years.

“People think if you’re a good kid and you want to do well then you should be in Honors, but that’s not always the best fit academically—that’s a real struggle,” Mrs. Lynch says. “People view it more as the person you are as opposed to your ability level.”

It’s painfully true—everyone interviewed seemed to agree that CP students have more behavioral and motivation issues. No student brought up ability level in any interview; it’s certainly something that’s overlooked.

Everyone seems to have forgotten what leveled classes are designed for: helping a student succeed to the best of their ability.