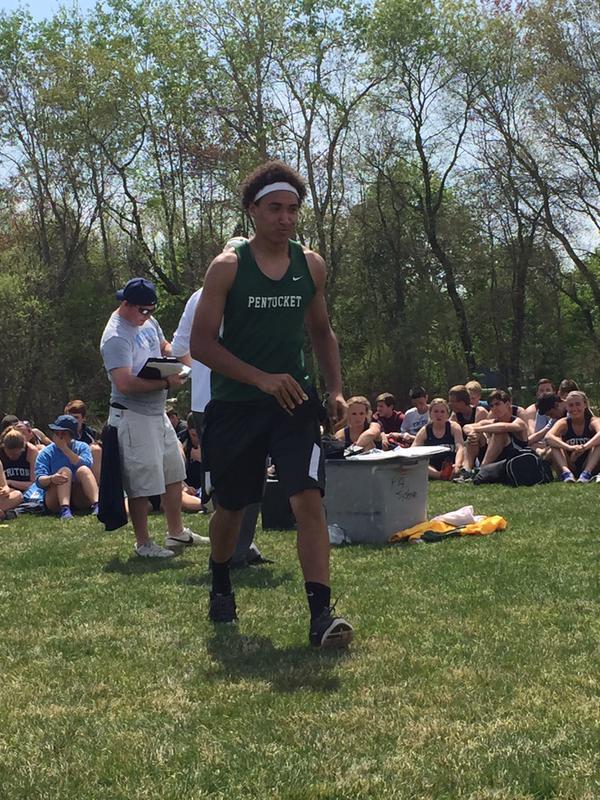 A 45 year old Pentucket track record has been shattered.

On Tuesday, Pentucket Junior Noah Malhi was competing in what seemed like any other track meet. He had finished the 110m high hurdles and triple jump and was heading over to throw the discus.

Malhi was relatively new to throwing the discus but had consistently improved from the last two meets, bringing his throws up about 20 feet each meet. Mahli “really wanted to get that record,” but was not sure if he would be able to this year.

Last year Malhi almost gave up on the discus after throwing only 50-70 feet but decided on a whim that he would work on it this year.

When asked if he had his eyes set on any other records, Malhi replied, “Maybe the triple jump, but that’s a lot of effort.” Malhi also has his eyes set on another record for the discus, an astonishing 170 feet. He believes that with the correct form improvements he can certainly do it.

Discus throwing seems to run in the family as Noah’s older sister, and Pentucket alum, Ayeshah Malhi also threw the disc while at Pentucket. Ayeshah has moved onto Regis College where she throws for their track and field program.