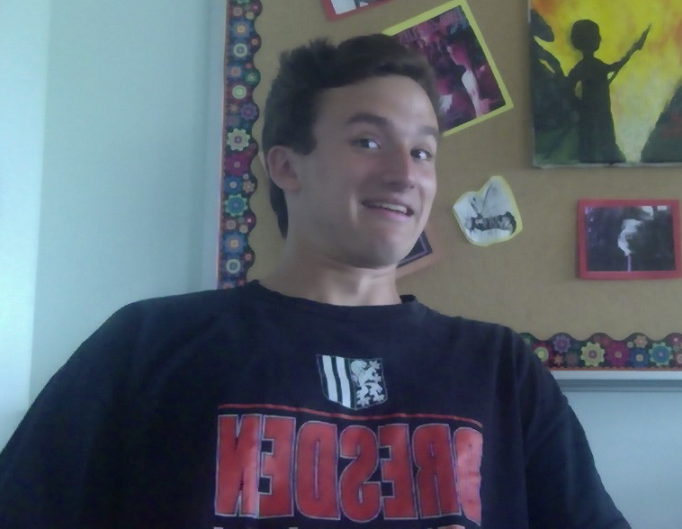 IMAGINE- It is midnight and you are walking back to your car alone after a fun night in the city with your friends. The streets are absolutely silent; you think there is not a soul in sight.

You are dead wrong.

All of the sudden, a dark figure with unruly hair and jet-black eyes pops out of the bushes. He is holding a weapon and is ready to grab you.

What are you going to do?

Are you going to just stand there, twirling your hair, casually playing Candy Crush on your iPhone? Are you going to casually extend your arm, ready to shake this lovely person’s hand and introduce yourself?

Unless you have some sort of sick death wish, I highly doubt it.

You are probably going to run away, dialing 9-1-1.

You are experiencing fear.

According to PsychologyToday.com, “Fear is a vital response to physical and emotional danger—if we didn’t feel it, we couldn’t protect ourselves from legitimate threats.”

In traumatic, near-death situations such as the one mentioned above, fear is a justifiable natural reaction.

On the other hand, while fears can be very practical, almost everybody experiences unreasonable fears that are not- in any way, shape, or form- life-threatening.

This being said, I took to the streets and asked people what their fears were. While I got a variety of responses, ranging from legitimate to absolutely crazy fears, everybody seemed to have one. Here they are:

Omphalophobia- fear of belly buttons: Tori Soucy, Junior, says, “I feel like just the thought of a belly button can make me very uncomfortable. I never let people touch my belly button, and I’m even afraid to touch my own. I hate the feeling of it. I hate how it looks. The most fearful part of my fear is the thought of people pulling on their belly buttons.”
Mottephobia- fear of moths: Junior, Angela Patriakeas, says, “My biggest fear is being surrounded by moths…Once, in a cabin, at camp, lots of moths surrounded my bunk, and I read a scary book in third grade, and I still haven’t recovered. I’m scared they’re gonna take over.”
Helminthophobia- fear of worms: “My biggest fear is worms, and I don’t know why they scare me, but I’m deathly afraid of them,” says junior, Emma Formosi.
Peniaphobia- fear of having no money: “My biggest fear is being broke, ’cause if you don’t have money you’re basically dead,” proclaims junior, John Reinhold.

Fears That Have Not Yet Been Named:

Moonroof: My grandfather was ACTUALLY afraid of falling upward out of a moonroof of a car.
Foot Fungus: “Foot fungus is gross and makes me uncomfortable. Get that away from me!” says Max Masterson, freshman.

Isolophobia- fear of being alone: “Probably getting kidnapped because you see it everyday in the news and its a terrifying mindset to even be in,” says, sophomore, Alana White.
Carcinophobia- the fear of cancer: “Dying of liver cancer because there really no cure it’s a slow painful death,” says sophomore, Sam Mylnarski.
Acrophobia- fear of heights: Junior, Ally Arnette, says, “Heights, but I have no idea why.”
Arachnophobia- fear of spiders: “I have a fear of spiders because they’re extremely extremely creepy,” says junior, Alison Russel.
Achluophobia- fear of darkness: “I’m afraid of the dark because I can’t see, and I don’t know what could be there, and I just feel incredibly vulnerable, and it’s just scary for me,” says junior, Maddie O’
Thalassophobia- fear of being in large bodies of water: Junior, Jen Hauss says, “I am afraid of getting lost at sea, because it can get really rough really quickly, and you know you will die from lack of water and food, and there is no service or anyone to rescue you.No way to get in touch.”
Limb phobia (yes, that is it’s actual name)- fear of loosing a limb: “My biggest fear would be losing or breaking my legs and not being able to walk or run anymore. I say this because I run almost every day, and I believe not only that running will help me live longer but it’s fun and something I love to do!” says junior, Jordan Maysonet.

Sociophobia- fear of being judged by society: Junior, Meghan O’Connor says, “I am afraid of not being remembered positively, because I go through a lot of things- both good and bad- and I might not be able to handle some of the stuff I go through, but I always try to put others before myself, and I don’t want to be remembered as the mean one, or the one no one likes, or the weird one.”
Atychiphobia- Fear of failure: Adding on to her fear of the dark junior, Maddie O’Brien, says, “Just the all around fear of failure scares me.” Junior, Hallie Milne, also seems to share Maddie’s fear. She says, “I guess my biggest fear is living a very sad life and not being happy.” Agreeing with them, junior Hailey Vlass says, “My biggest fear is ending up in a job/life style I am not happy with, because I want to be happy, and it scares me to think I won’t be happy.”

List of Phobias you Didn’t Know Existed (yes, these are all completely real phobias):

Aibohphobia: A palindrome that mean the fear of palindromes (a palindrome is a word that is spelt the same both forwards and backwards- ex. race car)

Anatidaephobia: The very real fear of being watched by a duck

Arachibutyrophobia: The fear of peanut butter being stuck to the roof of your mouth

Arachnophobia: Fear of spiders- It has been found that spider phobia affects 1 in 6 males and about half of all females

Caligynophobia: The fear of beautiful women

Chronophobia: Fear of time passing- common in prison inmates or the elderly

Decidophobia: The fear of making decisions

Descendophobia: Fear of moving downwards- down a stair case, etc

Didaskaleinophobia: Fear of going to school

Ergophobia: Fear of work or the workplace environment

Haphephobia: Fear of being touched

Heliophobia: Fear of the sun

Neophobia: Fear of new things and inability to let go of the past

Nomophobia: Fear of not having cell phone service or losing your cell phone

Panphobia: Fear of everything, constantly dreading some unknown evil

Papaphobia: Fear of the pope

Philophobia: Fear of commitment and falling in love

Phobophobia: A fear of phobias

Samhainophobia: An intense and persistent fear of Halloween, and it can cause panic attacks on people who suffer it.

Xanthophobia: Fear of the color yellow

So, what are YOU afraid of?