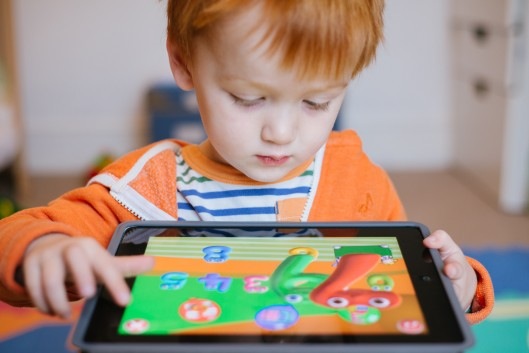 With the forever advancing technology, comes the good and bad aspects of it all. Although it creates easy access to endless information and constant entertainment, this isn’t always a good thing.

Pentucket Junior, Maddie Nelson, thinks that laptops and computers are a quick and easy way to find information that you need. You can google anything from a recipe, to how to treat just about any sickness.

One the strongest aspects of internet access are that people can grow off of others ideas that are posted worldwide. Before the internet, scientists would have to all travel to one place and talk about their new discoveries. But now, ideas can be published at a moment’s notice.

This shows that technology is good, until people abuse it. This goes along with Pentucket chemistry teacher, Mr. Gogan’s thoughts on the advancements in technology.  He thinks that it’s great, but “it all depends with how we use it, and what we do with it.”

As a chemistry teacher, he looks at all of the information that the internet gives us from a scientific perspective. All of the new information that’s being found about different science fields, for example, could be used to create new experiments to discover new things, and cure diseases.

Another chemistry teacher here at Pentucket High School, Mrs. Lents, loves the improvements with banking, credit cards, and online taxes. However, she is well aware of the dangers typing in pin numbers in public settings, and putting personal information into a website’s memory.

People all around the world are hacked and robbed of money on their credit or debit cards on a daily basis. There have also been recent news reports of the IRS Scandal. People from Korea were able to hack out computer systems, get tax information, and steal tax returns from US citizens.

Another negative asset that lots of teens seem to agree with is the lack of communication. Sophomore, Ella Vicedomine says, “Phones are fun and helpful to have, but lots of people our age can’t even have a conversation with an adult anymore because they’re so used to texting everything they have to say.”

All of the social media apps that kids are exposed to on cell phones and lap tops makes it easier for them to post things that they wouldn’t normally say to somebody.

Vicedomine goes on to say that it’s great to have something to do on your phone when there’s nothing else to do. But what about the six year olds that don’t know any form of entertainment but phones and tablets? She believes that the obsession with technology is depriving kids of imagination, education opportunities such as reading, and venturing.

It is great that as a whole, our nation has the knowledge and equipment to do just about anything with technology, but it sure is a shame that there are some people out there who continue to abuse the system.