He Made It So 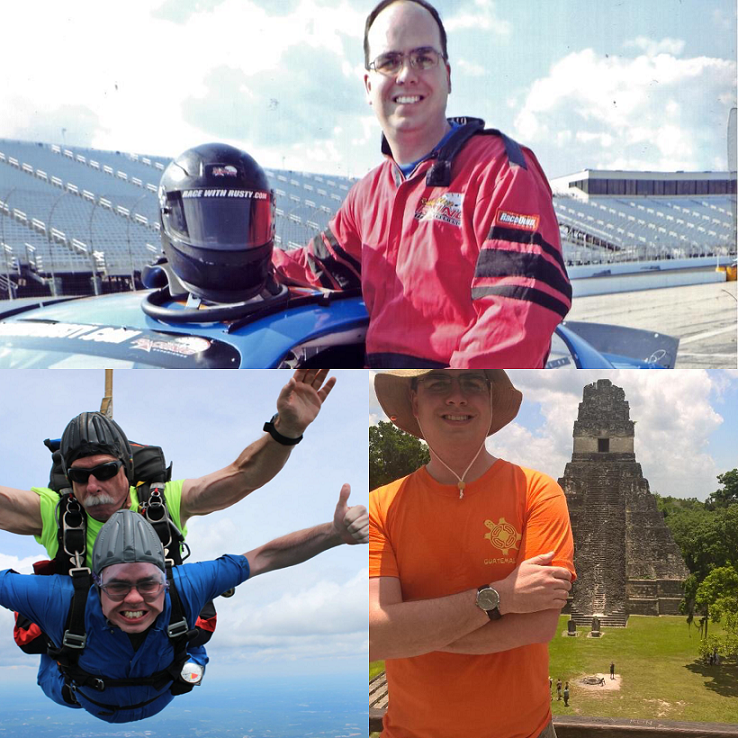 That is the word to describe Mr. Jacques’ summer.

If you looked at his Twitter, you would see all of the different things he did: skydiving, driving a racecar, and going to Guatemala,  just to name a few.  Some anticipated what was posted next on his Twitter, which included many pictures from his adventures.  Mr. Jacques mentioned when asked why, “You know how it is; I like to live dangerously.”

Once he started to plan one activity, it created a snowball effect into even more.  Mr. Jacques stated, “Okay, I did that. Now what do I do?  Then I started to research things.” He talked about how he wanted to do something different from your typical New England activities, and he definitely did that.

Mr. Jacques mentioned he went skydiving and then thought, “What do I do to top this?”  And thus started the adventures of Mr. Jacques.

Skydiving was something that he decided to do spontaneously the day after school ended, which is how he spent his first full day of summer.

Mr. Jacques talked about how weird it was to process in his mind that he was going to jump out of a plane.  There were dozens of papers he had to sign, and they tell you every single way you can die.  That obviously would make one a little apprehensive, but Mr. Jacques did not back down and was actually the first person out of the plane.

One of the most interesting parts of his summer was going to Guatemala.  Mr. Jacques went with a tour group and explored the area.  This included climbing Mayan temples, going through jungles, and various other activities.  Aside from all that he did in Guatemala, he spoke a lot about the climate of the area, “It’s wicked hot down there and cold in some other places… The climates are all over the place.” This did not deter him, though, from having a great time and experiencing different culture.

Another thing that he found when researching things to do was race car driving.  He spoke about how the scariest part was seeing an amature driver crash into the barrier and spin around multiple times just minutes before he was about to do the same thing. Watching that brought him to the reality of what he was actually doing. He said he went “wicked fast” while controlling the race car.

For Mr. Jacques, his favorite part of summer was “coming out alive” because, when skydiving, he was worried about breaking his legs or ankles, which would have ruined all of his summer activities.  In close tie with this was climbing the Mayan ruins because he found it very interesting to see ancient artifacts still around and, “It gives you perspective on yourself.”

If you know Mr. Jacques, you would understand when he said this: “I did a lot this summer, making it so.”