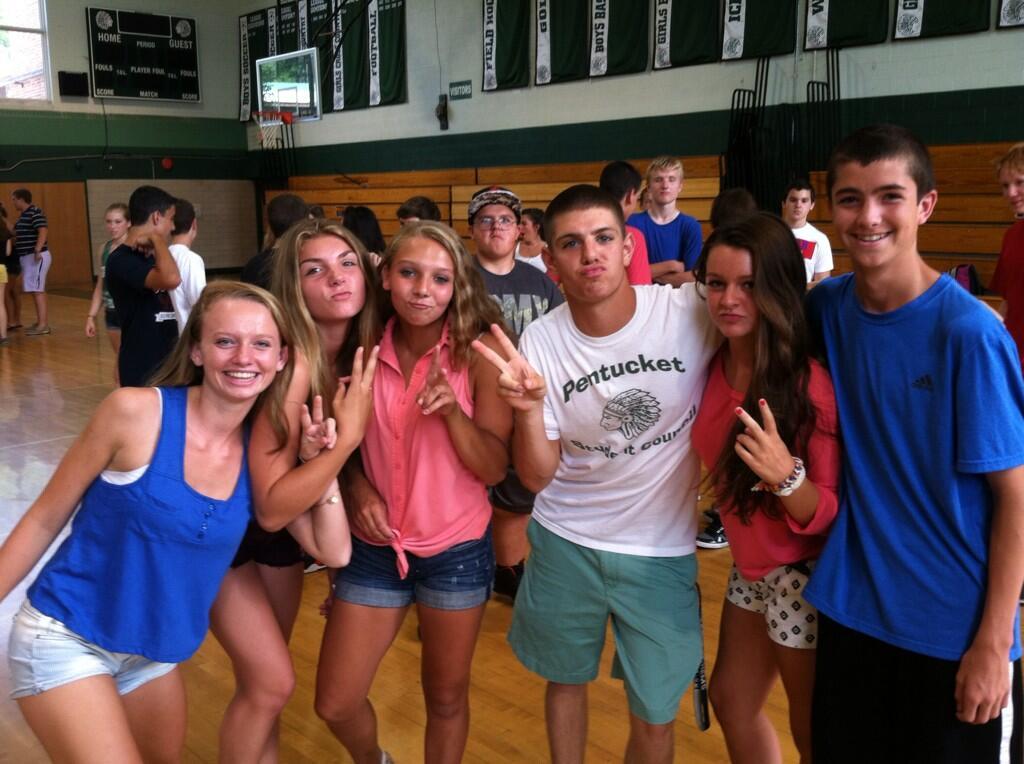 There’s nothing more daunting than the first day of freshman year. You’re young, small, and in unfamiliar territory. But instead of following those primal instincts which say to get out of there, you’ve got to put on a brave face and take the step into the jungle of high school.  However, each brave soul experiences rising to the challenge of high school differently.

Fortunately, there is one event that all freshmen should consider themselves lucky to go through: Freshmen day. These young broods get a full school day to get a feel of where everything is in the school, accompanied by juniors and seniors who are willing to help them out. Freshman day has been praised for being “really helpful” since “everyone is there to help the freshmen.” The kiddos get to figure out where things are, meet their teachers, and just get an overall feel for how the school works.

High school encourages students to try new things, and many freshmen certainly are. Christine Dodge said she’s very excited to be a part of winter track. Collin Tarr took this idea to the next level and started the Pentucket Disc Golf League.

Another contrast to middle school is having more diverse classes. Over at Pentucket Regional Middle School, students would find themselves lumped together with ten or so others, and be in every class with that group. At the high school, however, classes have more variety, which gives students far more opportunities to make friends. Collin made a new friend who he learned lives down the street from him!

Besides minor schedule mishaps, this appears to be the end of the similarities for freshmen, and the beginning of a completely unique experience.

Alianna Provencal says she’s gotten lost “sooo many times”, while Jenni Kolifrath says she’s had the chance to explore in the past, so she had a decent idea of where things are.

Collin Tarr doesn’t really think upperclassmen are all that intimidating because he’s just as tall and has equal or more facial hair as the senior guys, he said with a laugh.

On the other hand, Alianna Provencal is particularly intimidated if the older kid is considerably taller than her.

Alianna giggled as she admitted that she thinks “lunch is the most stressful part of the day”, but Collin Tarr relishes the new freedoms in the hallway.

It seems the freshmen have had a smooth transition and are adjusting to the high school well. The high school has considerably more freedom than the middle school, which is really great for a lot of these young adults.