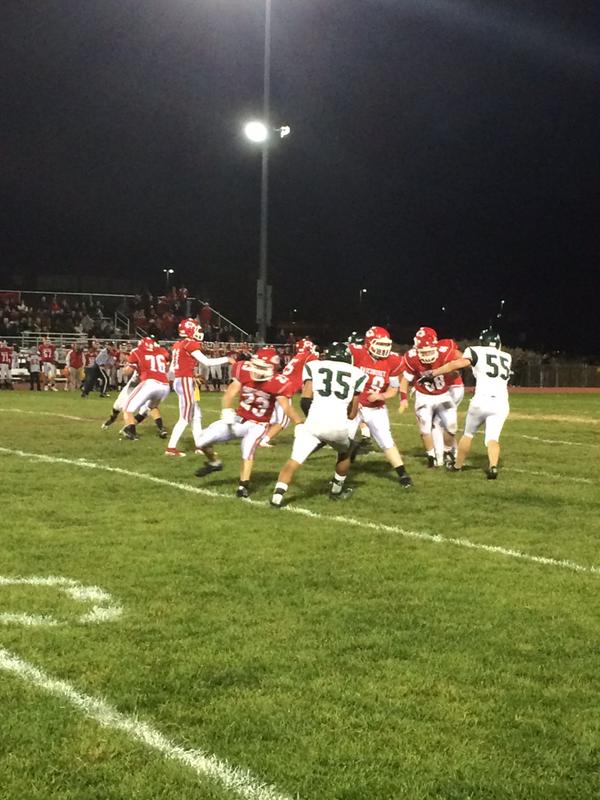 The Pentucket Sachems football team remains undefeated this season (6-0), with a long hard- fought win friday night over the Chieftains of Masconomet (1-5).

With this win, the Sachems are now the Cape Ann League champions, and it only took them 6 games to do it.

Head coach of the Sachems, Steve Hayden was asked last week about his team’s 5-0 start and he had this to say, “If someone were to tell me before this season that this team would have been 5-0 to start the season, I would say they were nuts.”

Nonetheless this is the reality, and the Sachems have made a statement.

Masconomet has been a dominant force in the Cape Ann League for a long time.  A much bigger school, they have produced powerhouse teams that have made long playoff runs and won super bowls.

Pentucket has also had successful teams in the past and has been a rival of Masconomet ever since the start of the Cape Ann League with the games always being nail-biting between these two teams.

Masconomet is led by senior running back Scott Foden, who has over 800 rushing yards this season.  Foden had two touchdowns and over 140 yards despite the losing effort.

Pentucket junior Liam Sheehey and senior captain Kiernan Haley combined for three touchdowns, and the Pentucket defense stepped up to hold the small lead Masco threatened towards the end of the game with interceptions from seniors Travis Bouncy and Brennan Mcguirk.

The Sachems have proven to be a force to be reckoned with this season despite being looked at as the underdogs coming into the 2015 season, remaining undefeated, securing a playoff berth.

The Sachems play their final regular season game this saturday at 1 vs the Coyle-Cassidy Warriors (1-5).