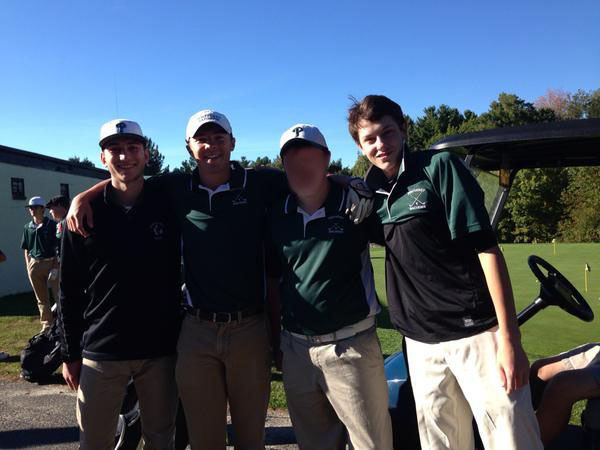 The 2015 golf season for the Pentucket Sachems was one similar to the Red Sox 2015 season; a hopeful beginning but injuries and consistency quickly bringing it down. At the beginning of the year, the Sachems surged out strong jumping out to a 2-0 record being lead by captains Brandon Daniels, Mitch Murray and Lucas Chory. From here, the season took a drastic downfall. Injuries of Cam Wolbach (hip) and Brandon Daniels (wrist) hurt the Sachems taking them out of their groove. The depth of the lineup was severely hurt by the injuries and as a result the Sachems lost eleven of their remaining thirteen matches. The season was not as poor as the record showed however. Both Cam Wolbach and Ben Brackbill showed great improvement throughout the season and were significant point contributors to the struggling Sachems. Reese Dwyer manhandled the 7th spot for the Sachems blowing out his opponent nearly every match. Sophomores Nick Sheehan and Nate McCarthy showed that they were capable of putting up strong numbers and will be the only two remaining varsity golfers next season. The captains Brandon Daniels, Lucas Chory, and Mitch Murray led the way playing consistently all year. Lucas also found his way to the state tournament as Pentucket’s top golfer, shooting a 85 through 18 holes. Daniels and Brackbill also played in the CAL Open as the number 2 and 3 scores on the team. Luke Wolbach and Brielle Ruscitti are some hopeful newcomers for the 2016 season. It was an overall good season from the Sachem golfers and with certainly plenty to look forward to in coming years.