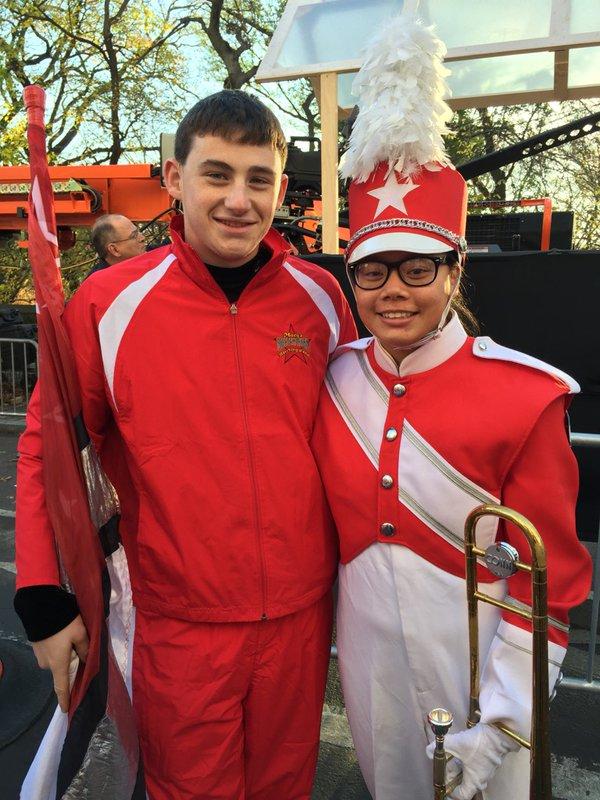 For 89 years, Macy’s Thanksgiving Day Parade has been the official kick-off to the holiday season. Every year the parade is watched by about 3.5 million people in New York and 50 million at home. The parade has always consisted of spectacular floats and dazzling performances.

Joining the performances this year were two pentucket students. Representing the band, Nicola Elardo was proudly playing trombone. Coming from the Color Guard, Casey Saitow impressed the crowds once again. Casey was not a rookie to the Macy’s Day Parade as he performed there last year. He It is wonderful that two great individuals  represented Pentucket on the big stage this holiday season.