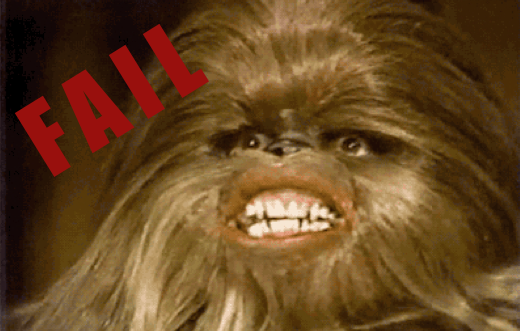 At this festive time of year, there are so many holiday movies from which to choose. You’ve got the cute ones, like Santa Claus is ‘Comin to Town and the cheeky ones, like A Christmas Story. If you’re a lover of the classic stuff, there’s Miracle on 34th Street. And if the sight of Randy Quaid slurping eggnog out of a moose mug cracks you up, then National Lampoon’s Christmas Vacation should be on your must-see list this month.

I recently watched a holiday special that falls into the “What Did I Just Watch?!” genre. The Star Wars Holiday Special, which aired in 1978, tells the tale of Chewbacca’s voyage home to celebrate the Wookiee “Life Day” festivities with his family. Many, many strange side stories, however, prevent you from remembering that this is the point of the show. The “special” is a smorgasbord of horrible lines, deplorable acting, disco lights, and sparkle. There are guest appearances by popular actors and singers of the time, including Bea Arthur and Jefferson Starship, whose performances will have you repeatedly facepalming. Carrie Fisher can’t hit her high notes during her sappy solo and Mark Hamill is wearing so much makeup that he looks like a Ken Doll. There is a full ten minutes of Wookiee dialogue during which you must attempt to translate grunts into English. The writers also managed to shoehorn a cartoon into the special. You watch along with Chewbacca’s mildly creepy son, Lumpy, on one of the family’s many bizarre pieces of “futuristic” technology. It is some of the worst cartoon illustrating I’ve seen since the fifth grade and Han Solo’s face looks kind of “melty.”

For those willing to witness one of the biggest fiascos in holiday special history, this gem can only be found online as, for good reason, not a single official VHS, DVD, or Blu-ray version was ever released. George Lucas, who clearly gave up creative control on this one, perfectly sums up the feelings of most viewers of The Star Wars Holiday Special when he says, “If I had the time and a sledgehammer, I would track down every copy of that show and smash it.”