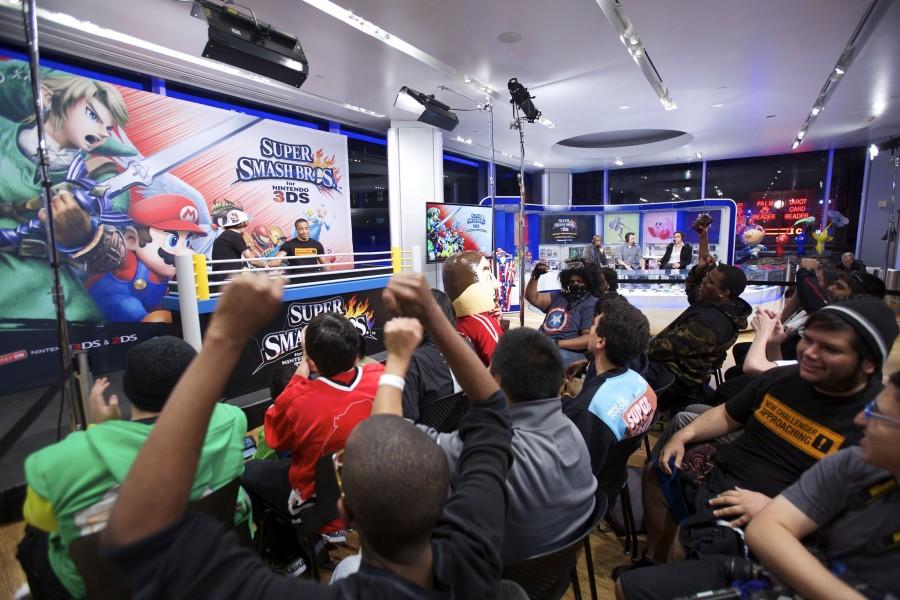 In this photo provided by Nintendo of America, Jesse McColm (L) of Balch Springs, TX, and Maurice Hall of Aurora, IL, face off in a battle in Super Smash Bros. for Nintendo 3DS at Nintendo World on Oct. 11, 2014. Not only did 16 of the top players in the nation compete to claim victory in the Super Smash Bros. for Nintendo 3DS National Open Tournament, but local fans also had the opportunity to sample the all-star fighting game as their favorite characters. The event was viewed by local fans and countless online spectators.

October, 3 2014 the latest addition to the Super Smash brothers video game series for the Wii U arrived. The Super Smash brothers franchise has been growing at an impressive rate since 2002. Super smash brothers holds one of the strongest competitive/professional groups in the world. Every year there are 4 to 5 national level tournaments often fetching over 8000 ranked players in the newest game. Players form clans, acquire sponsors, and climb the local and national rankings.

The tournament setting is unique, often taking up entire days or up to three for larger events. Most require the participant to register days in advance so that the bracket can be assembled ahead of time. The players then proceed to progress through a double elimination system playing best 2 out of 3, until grand finals. The finals consist of the winner of the winners side of the bracket and losers finals to meet up in one best of 5 set to determine the champion.
Over the past year Aaron Arsenault and Ben Bouchard have been training to enter the scene by force. Ben playing upwards of 12,000 games of 1 vs 1’s as well as training together online, in person and with other smash enthusiast. After serious training they are determined to demonstrate their skill at a local tournament, located in Pelham, New Hampshire. Saturday December, 12 will mark the beginning of a long journey.