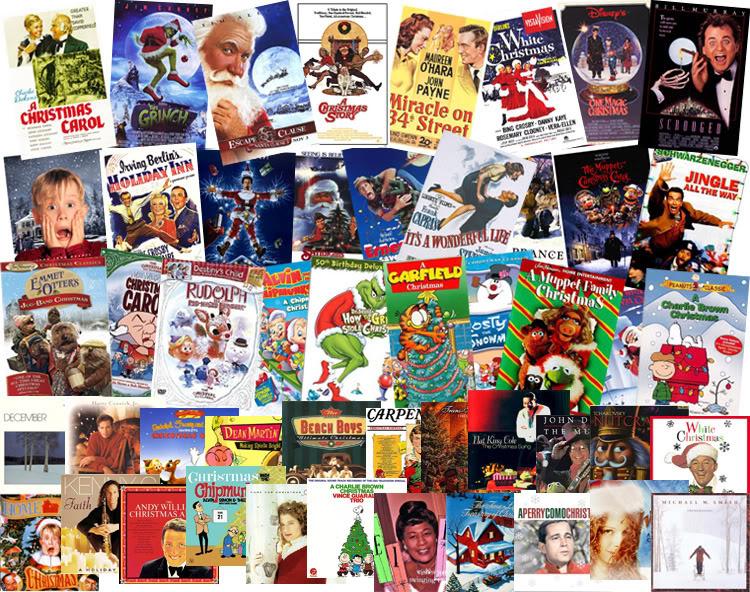 Christmas is a time for giving, family, food, and obviously movies!  As Christmas draws closer and closer, ABC Family’s 25 Days of Christmas started its marathon.  This sparks the question:what is your favorite Christmas movie?  Do you prefer a cartoon or something more realistic?

Based on multiple people’s opinions, here are the top 8 in no particular order:

Home Alone 2: Lost In New York-  Following the first installment of “Home Alone,” the notorious bandits Harry and Marv are back along with Kevin McCallister.  While the rest of his family boards a plane to Florida, Kevin embarks on an adventure to New York City at Christmas time.
The Santa Clause- Scott Calvin is a divorcee who is trying to maintain a relationship with his son, Charlie.  On Christmas Eve, they encounter a visitor on their roof, which they discover is Santa.  Now Scott must take Santa’s place in order to save Christmas.
How The Grinch Stole Christmas (Cartoon and Jim Carrey)-  The Grinch despises Christmas and those who have anything to do with the holiday.  In a village called Whoville, they are all happy about Christmas drawing closer.  With his dog dressed like a reindeer, the Grinch goes down to the village to steal all things to do with Christmas.
The Polar Express- On Christmas Eve, a young boy encounters a magic train called The Polar Express, which he was told by the train conductor that they were going to the North Pole.  Skeptical, the child embarks on a journey to discover the true meaning of Christmas spirit.
The Year Without A Santa Claus- Santa comes down with an extremely bad cold and tells Mrs. Claus that he is taking a vacation from Christmas.  With the help of Mrs. Claus, elves Jingle and Jangle Bells set out on a mission to show Santa that Christmas spirit is still important.
National Lampoon’s Christmas Vacation- Clark Griswald and the rest of his family never seem to have good luck when it comes to vacations.  In this installment, the bad luck continues when their extended family comes to stay at their house during the holiday season.
Elf-  Buddy, who has been raised as an elf his whole life, goes on a journey to New York City on the search for his father Walter Hobbs.
Santa Claus is Comin’ To Town-  This movie is narrated by the mailman who is telling the story of Santa Claus and how he came to be.

Are there any classic Christmas movies that you think would be a great additive to this list?