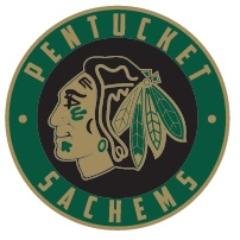 Almost every year people make the statement that the Sachem is an offensive mascot.  Is that really the case?  To many this is a no, but to some it has created a lasting impact, like on Julia Holewinski.

The Eagle Tribune wrote an article covering how Pentucket alum Julia Holewinski wants to inspire a change amongst the Pentucket community.  The Sachem: the school mascot is now under massive speculation by the School Committee.

According to Holewinski in the email sent to Dr. Mulqueen, “I actually was the Sachem while in high school….. However, as I’ve grown older, and more educated, my discomfort with the ‘Sachem’ has grown.”  Throughout the years, she felt, she gained more insight into how people might feel.

Holewinski also says that the district should stop “the cruel mocking and mascot making of a deeply spiritual and significant culture that have suffered at our hands.”

Holewinski said in an email interview, “Once I graduated, I learned that whiteness is not just a skin color–it is a state of mind and state of being, and it enforces itself on the entire world.”

The school mascot is a profile of an Algonquian chief wearing a full ceremonial headdress.  The most interesting part about this mascot is that the tribe was not even from this area; they lived in southern Quebec and eastern Ontario. A Sachem is a primarily known as a Algonquin leader, and someone who is looked up to.  Many people probably do not know this and think that these people originate from our area since they represent the school, but that is not the case.

Some people mentioned that we could use Adidas to formulate a new mascot, but one of our Pentucket Profile reporters, Ben Bouchard, emailed both [email protected], which was an email listed on an article promoting the Mascot Change campaign, and also Adidas’ Corporate email to find out more information about their idea of mascot change, and was not responded to by either of them.   In addition, the Boston Globe on January 19 in an article entitled, “Future of Tewskbury Mascot Up For Debate,” reported that schools must sign a three year contract with Adidas and only buy Adidas products.

Despite this setback, the idea of formulating a new mascot is not a bad one, but it would change the dynamic of the Pentucket community, which bleeds green, white, and black.

Ms. Ducolon suggested that we faze it out instead of creating a new mascot right now.  The school committee mentioned at their meeting that they can gather the funds to do so, but the question is where would they get the money?

The idea from Julia Holewinski’s email is to change and improve the future of both our world and Pentucket.  Many find this to be a controversial though because we have always been known to the community as the Pentucket Sachems.  According to Julia, she has many Alumni taking her side and applauding her for taking a stand.  On the other hand, there are people who have been emailing her personally and saying that she is violating certain rights.

Referencing a past Pentucket Profile article, “The Pentucket Sachem?”, former staff writer Gwen Albert interviewed Claudia Fox Tree from the Native American Awareness Organization: “The big issues with sports images and accompanying chants and movements are the perpetuation of stereotypes in the absence of a range of positive, contemporary First Nations images,” says Fox Tree.  These “caricatures of our people are so grotesquely not what we do in our culture.”

According to Pentucket Junior Collin Tarr, who took the side of Julia Holewinski at the school committee meeting, the mascot of the Sachem is representing a mass genocide of a race of people as we put the icon on our football helmets and tackle each other.

Tarr was briefly the Sachem for the beginning of his sophomore year, but he was met with resistance by the history department because of the insensitivity about the mascot.  This brought up questions for him about whether or not the mascot was truly a prideful representation of this race.

Tarr has come to the conclusion that it indeed is not, and he’s “sorry that people feel prideful about basically keeping this race of people viewed at a lower standpoint.”

In a statement before the school committee, Tarr said, “How is this goal ever possible if there is subtle discrimination and prejudice within our very being?”  The point made connects to building a ‘World Class’ school, which he claims cannot be done until these acts of discrimination are disposed of.

Creating a new mascot is not as easy as snapping your fingers, the letterhead, banners, uniforms, websites, etc. would need to be changed.  The top priority of a school district is to insure that its students are receiving what is needed for their education and certain programs that can help to benefit them.

Not only this, but when making a new mascot not only does it require funds, time, and a lot of effort from all ends, but it also requires community support from its students, teachers, alumni, and others part of the Pentucket community.  The reactions of the community are varied.

Tori Soucy, who is president of the senior class, said, “Pentucket has had this mascot for so long, and the drastic changes that would have to be made around the school if we were to change the mascot are not worth it.”

Senior Molly Hogan, who has always been involved in the Pentucket school community says, “The Sachem was a leader… and us paying homage to that chief does not seem offensive in any sense.”

Hogan goes on further and states, “I was asked actually to speak out on the other side of the argument and I had to say I disagreed.  I think there is nothing wrong in taking pride in our mascot.  It’s not derogatory in any way, and if it were offensive to the Native American people who lived here and they came with an argument more than just saying it’s offensive I might stand differently.”

Greg Parachojuk, another senior, agreed with what Soucy had to say, “It’s been the mascot for years now and we are using it respectfully because it’s a Native American warrior that we are using for pride.”