DiCaprio Does it Again: My Thoughts on The Revenant 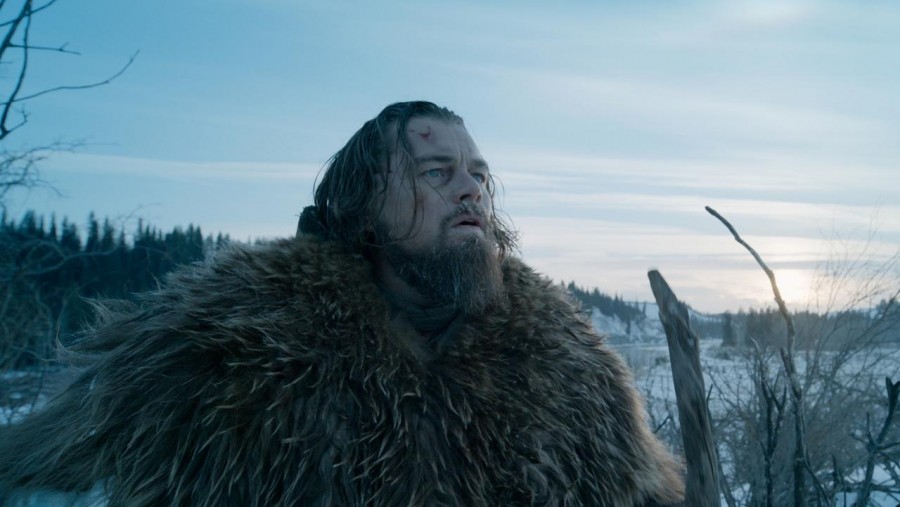 If you tuned in to the Golden Globes on January 10th, you may have heard mention of a little film called The Revenant. Starring Leonardo DiCaprio and Tom Hardy (also of Mad Max: Fury Road), this film is wholly deserving of its three Golden Globes. Not only did it win Best Motion Picture (drama), but DiCaprio brought home a Globe for Best Performance (drama), and Alejandro Iñárritu was honored with Best Director in a Motion Picture.

The cinematography in The Revenant is nothing less than spectacular. Iñárritu’s use of natural lighting throughout the entire film highlights the beauty and intimidating wildness of the frontier. You become acutely aware of how vulnerable the characters are in such a vast landscape, with the possibility of attack around every bend, either by a hungry animal or a fearless native.

The Revenant gives you a glimpse into the survivalist mentality of fur trade frontiersmen in 1800s America. To those of us watching the film from a comfortable seat in a climate-controlled theatre, it may seem shocking that men would be so willing to turn on their fellow frontiersmen. However, when you consider their circumstances (frostbite, hunger, and having to constantly fend off fierce storms and foes), it is understandable that they would resort to unethical tactics to survive in desperate times.

Many of the scenes in this film are not for the faint of heart. DiCaprio’s character repeatedly finds himself in life-threatening and sometimes gruesome situations, unimaginable to us with all of our modern conveniences. Personally, I do not concern myself with the possibility of an angry grizzly bear charging at me while I’m going through my day-to-day routine…

…which brings me to my final point.

The director of The Revenant does such an incredible job of portraying the fear, isolation and physical discomfort of the frozen frontier that you find yourself feeling overwhelmingly grateful. The amenities you normally take for granted, such as central heating and indoor plumbing, take on a whole new meaning. The Revenant teaches us one very important lesson: Modern life in America is pretty darned good.