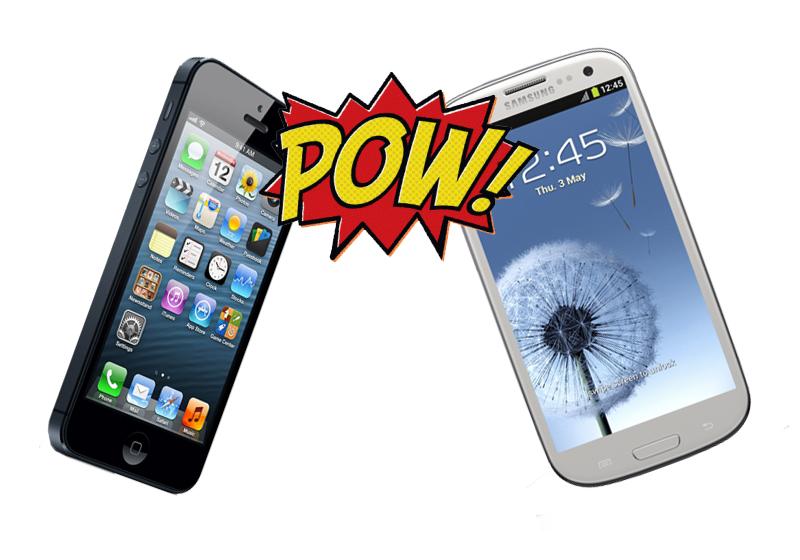 Sir Isaac Newton once watched an Apple fall from a tree. But what about an Android?
Several students agreed to be interviewed on their smartphone preferences. One Android advocate, Thatcher Phillips, was adamant that Android products are far better than Apple. “Androids are more reliable in general,” Phillips said. “They’re sturdier, and they’re better.”
On the other hand, Patrick Reardon, a junior here at Pentucket, is in favor of Apple. Reardon has used Apple products for about five years now, and feels strongly that Apple makes a better product than Android. His phone has everything on it: his music, his text messages, his various apps. He would never switch phones, especially not to an Android phone. According to Patrick, iPhones are simply easier to use.
However, when asked which would win in a fistfight between an iPhone and an Android, Reardon said, “Android. They’re bigger, bulkier, and they don’t break as often. They’re sturdier.”
It was rather odd that he sided with the Android when he had just stated that iPhones are better, but Patrick Reardon is no dummy: he’s seen the broken screens and cracked backings that plague the average teenager’s iPhone.
Dana MacMullen is a junior who also favors Apple products. When asked about the pricetag attached to Apple products, she said, “Phones are just overpriced in general.”
Now, a new iPhone 6 costs $549 from the Apple store. That is, simply stated, ridiculous. However, the Samsung Galaxy S6 has a retail pricetag of $576.
People think that you pay more money to have the Apple brand name, but it turns out that both phones are around the same price.
In conclusion, both phones compare well together, even down to the price. The popular opinion around the school seems to be Apple’s signature product, the iPhone; however, it really appears to be a matter of personal preference.