Bags for a Benefit 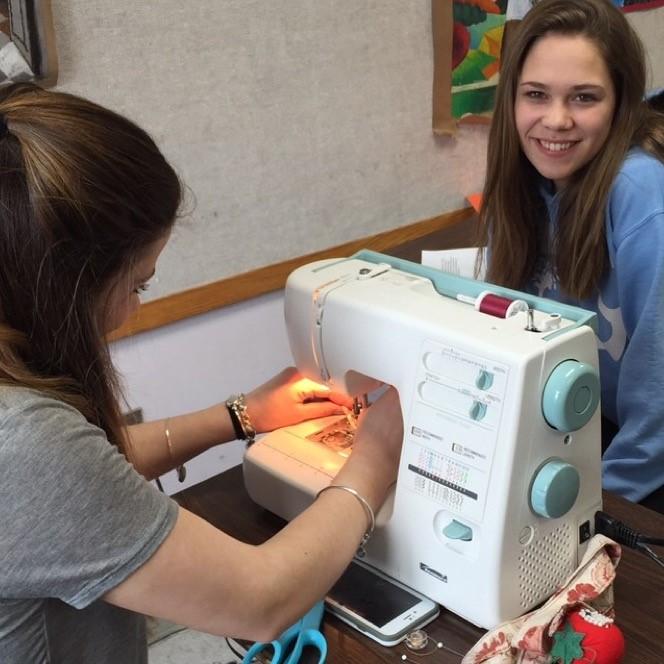 When was the last time you took time out of your day to help the less fortunate?

For Mrs. Kiernan, that time is now.

Mrs. Kiernan, the Pentucket Spanish teacher, took on the ambitious task of motivating her Spanish students of all levels to create handmade tote bags for an organization called Safe Passage.

Safe Passage is an organization that was founded in 1999 by an American woman named Hanley Denning. During a visit to Guatemala City, Denning’s friend took her to go see the living conditions of the people who reside on the outskirts of the garbage dump. She was so moved by the squalid living conditions that Denning decided to sell everything she owned back at home and to have her parents send her the money.

The meager amount of money that her parents sent her was the beginning of Safe Passage.

Mrs. Kiernan went on to describe that although Denning was not trusted at first since she was a foreigner, she ventured out to the dump to ask the local children to join her organization.

At first, the program offered only snacks and after school lessons, but the ultimate goal was to enroll Guatemalan children into public schools and to assist them with their extracurricular activities.

Mrs. Kiernan says, “We, as a class, dedicated to learning about Spanish language and culture, wanted to find some group of people that we could help with a fundraising or service project.” After stumbling upon a song that was written for the tenth anniversary of the organization, Mrs. Kiernan knew Safe Passage was just what she was looking for.

Mrs. Kiernan came up with the idea of constructing tote bags because it would not only teach her students a new, unique skill, but it would also benefit the lives of the less fortunate. Her ultimate goal is to raise awareness and money for the people living in destitute conditions outside the dump.

When asked why she chose this project, Mrs. Kiernan said, “I like the project because I think it’s important to go beyond the classroom and to see how our study can be used to benefit us or the people on the outside. I also liked the idea of people investing their personal time and talents into a fundraising project.”

Although it started out as an at-home project, a few of Mrs. Kiernan’s devoted students were seen working hard at the sewing machines during class. Senior Emmy Maye Desjardins, who described the process of making her bag as time consuming, said, “I loved making my bag. It’s really fun and I love helping others.”

Only a handful of students actively participated in Mrs. Kiernan’s creative venture. She wishes more would have helped out but she stated that she is content with the efforts of her students: “I am pleased with the people who overcame their fear of the sewing machine and who used their creativity to take donated materials that didn’t really look like much and to combine them with their talent to make an actual bag. I am happy with that.”

Mrs. Kiernan demonstrates to Pentucket students that helping the less fortunate can be rewarding but also very fun.

A little bit of fabric and thread may not seem like much, but it can make all the difference in the life of someone who has nothing.