Mike D’Orsi – The Man, The Myth, The Legend 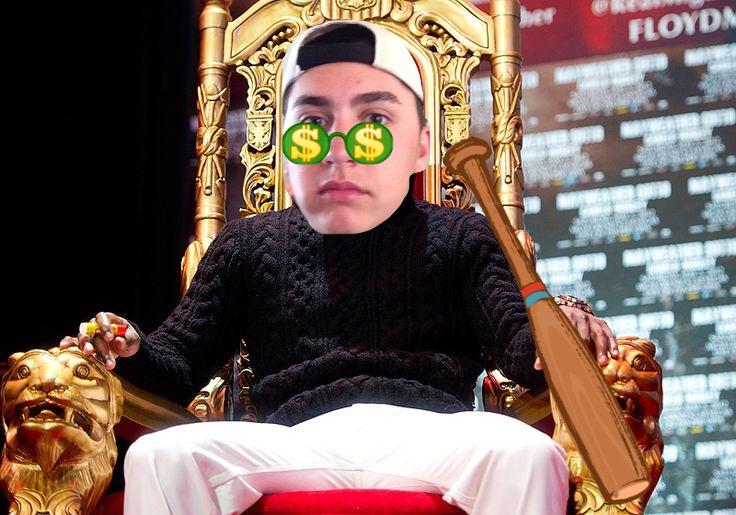 Such could be said for the legendary reputation of Pentucket senior Michael D’Orsi. With his days in these hallowed halls nearing its close, the spotlight now turns on D’Orsi.

D’Orsi spends his days working on his beloved truck, his 2002 Chevy Silverado, which you may see (or hear for that matter) coming into school and parked amongst the notorious “Pentucket Truck Gang”. When asked what he likes doing for pleasure, D’Orsi answered, “washing my truck, then staring at it, and getting ladies’ digits.”

Kim Kowalick, junior, summed it up and echoed the message, “he just has a passion for trucks.”

Spirit animals are often associated with legendary characters. Muhammad Ali “stung like a bee”, Tom Brady describes himself as a “shadow lion”, and even Pentucket’s own Ryan DePaolo has been said to possess “gazelle-like qualities”. Pentucket sophomore Jessica Colbert was asked what animal she thought best represented D’Orsi. “I totally think he would be a koala bear.”

Junior Natalie Davis was prompted the same question. “I think he would be a hedgehog because the spikes remind me of his hair.” Valid point, as D’Orsi’s new look hairstyle is sharp; literally and figuratively.

The future may hold great things for the high school phenom. “I plan on making money and living large”, said D’Orsi, “but I’ll certainly miss this place.”
And this place will certainly miss the greatness of Michael D’Orsi. “He simply is the most interesting man in the world”, said fellow senior Mitch Murray. So if you ever feel sad that you won’t be seeing the Merrimac legend around anymore, just remember, the Earth has existed for billions of years and you happened to go to Pentucket High School at the same time as Mike D’Orsi.