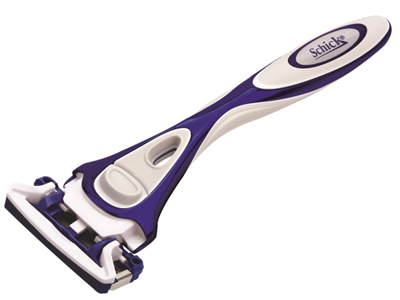 So, I bought a new razor last night, and I was thoroughly displeased with it. I normally use a Gillette Mach 3 Turbo, but I had been in need of a new razor for a while and don’t exactly have a ton of money. So, I got the best one I could for eight dollars. It was a Schick Hydro 3 with four cartridges. Now, the Mach 3 was around nine dollars and it only had two cartridges. The obvious choice would be the Hydro 3. Or would it?

I switched back to the Mach 3 as my primary blade of choice. I never bought another quad-bladed razor again.

Last night, however, I noticed a tri-bladed Schick on the shelf with a very attractive price tag. I remembered that the razor I’d disliked was a Schick, but decided to give it a whirl anyways.

When I was shaving that night, I hadn’t even made it once around the block when the blade began to gum up and the shaving cream on my skin turned into a sort of pasty substance. The strip of anti-irritant around the edge of the razor was combining with the shaving cream to form a glue-like compound on my face. I was thoroughly disgusted.

As if that weren’t enough, the head of the razor was far too bulky to shave the finer points: the upper lip, around the ears, and under the chin and neck. It was just too large and too blocky.

The Mach 3, on the other hand, is lithe and slim; it is easily able to shave every part of the face equally. In addition, there is no sticky residue after I shave with a Mach 3. It is a smooth and even shave, it is a shave that leaves me feeling clean and refreshed.

I decided that it wasn’t the quad-bladed design I disliked, it was just Schick as a whole.

After this incident, I will never buy another Schick razor again. Gillette is superior in every way. I may try a quad-bladed Gillette in the future, but for now, I am perfectly happy shaving with a Gillette Mach 3 Turbo razor. 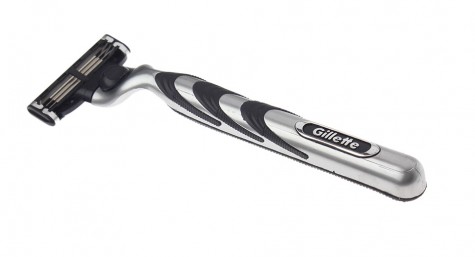