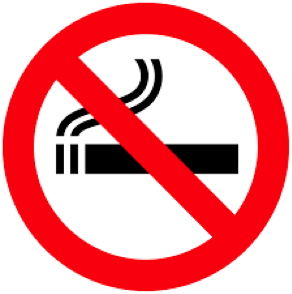 There are many types of illegal contraband, one notable example being rocket launchers.

Another type of contraband is marijuana, which is illegal for recreational use in most states.

But for how much longer?

The legalization of recreational marijuana is a movement that began in Colorado, and is blazing across America like a wildfire. Already Oregon, Washington, Alaska and the District of Columbia have followed suit. One can’t help but wonder if Massachusetts is next to follow.

Medicinal marijuana has been proven to show beneficial effects when used in the correct way, but some people argue that any use of marijuana should be legal. Should Massachusetts legalize Marijuana?

A large group of Pentucket students and teachers were interviewed in order to reach a general consensus.

Senior Cam Wolbach feels that “While I’m not one to delve into the marijuana scene, I do believe it should be legalized because of the potential economic gains that would result from its taxation.”

A popular opinion seems to be that, were marijuana legalized, it should be heavily taxed. This is the case in all states which have legalized marijuana, and many have capitalized in a big way. Imposing a large tax on marijuana could light up the nation’s economy. Between February 4th and March 7th of this year, approximately 3.48 million dollars in taxes have been collected by the Oregon state government from marijuana alone.

However Pentucket teacher Mrs. Kiernan won’t be swayed: “I think [marijuana] is gross. My roommates in college smoked, and it smelled disgusting. I can’t think that anything that impairs the mind should be legal. If [marijuana] is legal, then everyone, including students, will be able to get it much easier.”

Mrs. Kiernan makes a good point, as there do exist some health dangers. Along with the respiratory ailments which can result, some studies have shown that excessive marijuana use is associated with impaired learning.

Some people argue that if the Netherlands has completely legalized marijuana, then why can’t the US? As many are aware, marijuana is known to be legal in the Netherlands. However, the technical law says differently. Although people are not usually prosecuted for possession of the substance, they will be punished if caught with greater than either 5 plants or 5 grams. If they are caught with less than that amount, the plants or substances will only be seized. However, even though many of these illegal acts occur in spite of the law, they are in compliance with European custom.

The European police use a tolerance policy that “turns a blind eye” to the use of marijuana, from law-abiding civilians. This policy is used in order to lessen the amount of prosecutions, which means less innocent people get put in jail, and the country becomes safer overall.

It is illegal for these coffee shops to purchase marijuana in bulk from processors, yet they somehow obtain it anyway.

Colorado, a pioneer in the state legalization of marijuana, would most likely serve as a model for Massachusetts, as well as the rest of America. In Colorado, residents can buy up to 1 ounce (28 grams), were out-of staters can only buy up to one quarter ounce (7 grams). This law was enacted to keep out of state citizens from buying in bulk and selling illegally in other states.